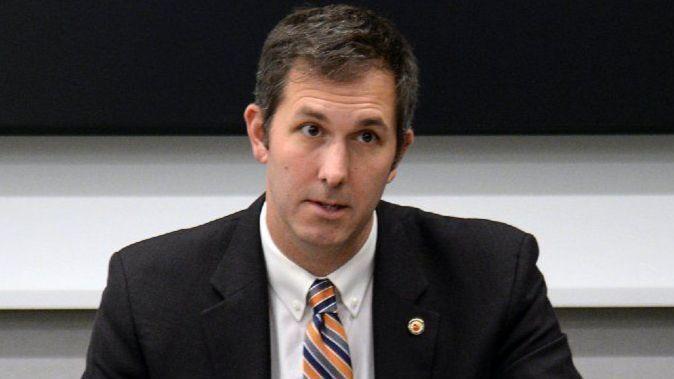 The formation of the task force comes amid a class action lawsuit and complaints against the county for mishandling sexual assault cases.

“I’m pleased to officially announce the launch of a sexual assault investigation task force,” Olszewski said at the press conference. “I’ll be asking this task force…to meet over the next six months, examine the practices and policies of Baltimore County with respect to sexual assault investigations, and produce a set of actionable recommendations.”

Members of the task force include the chair and vice president of the Abell Foundation Sheryl Goldstein, program manager with the International Association of Chief of Police David Thomas, CEO of TurnAround Rosalyn Branson, and Deputy Baltimore county State’s Attorney John Cox.

“This task force is going to work to bring a victim centered trauma informed approach that will encourage all individuals to report sexual assaults here in Baltimore County,” Goldstein said.

The county executives transition team, Goldstein also served on, recommended the assembly of a sexual assault investigations task force one week prior to its creation.

The federal lawsuit pressing the need for this assembly alleges that Baltimore County police and officials mishandled sexual assault investigations by depriving victims of their civil rights and equal protection. The lawsuit alleges that officials purposefully “covered up justifiable complaints of sexual assault.”

The lawsuit claims these cases are not isolated and represent a pattern of misconduct from Baltimore County, which is represented in the low number of sexual assaults that are reported.

Concerns over how sexual assault investigations are executed are not new as the previous county executive, Kevin Kamenetz, ordered a review of over a 100 sexual assault cases in 2016.

Kamenetz’s review concluded the cases couldn’t have moved forward with prosecution, but he announced changes to how sexual assault cases would be handled.

Edwards stated that he’ll know the improvements by the task force are successful if in a few years there is a rise in the reporting of sexual assault.

“We know we only scratch the surface with the number of victims that come forward, so I’d like them to trust us with their case,” Edwards said.

Kailah Carden, the Assistant Director of Health Education at TU, feels that it is important for any institution that serves victims and survivors of sexual violence should constantly and consistently reexamine and update policies in order to meet the needs of those affected.

“I commend this new initiative and I’m looking forward to seeing any updates or changes the make that can further support victims and survivors,” Carden said.