Late last year, Republicans rammed through tax legislation that prioritized rate cuts for corporations and America’s wealthiest. In my December column detailing the narrowly and irresponsibly passed reconciliation, I lent a significant amount of criticism toward the processes utilized by the GOP to pass the bill and identified the bill’s overall fiscal irresponsibility. Now, as the bill and its contents become more prevalent and widely circulated, American business has taken issue with much of the plan’s ambiguous language and blatant structural error.

Many of America’s most hardworking citizens, ranging from farmers to restaurant workers, have identified portions of the bill that, if not altered through the Treasury Department and congressional interventions, will cause them and their industries severe harm.

Among the various glitches found within the tax bill, one of the most blatant errors lends 20 percent deductions to farmers who sell to cooperatives, or organizations that are owned and operated by and for the benefit of farmers. While this deduction may appear attractive at the surface level, the bill fails to offer similar benefits to independent agriculture organizations that are now beset by significant cooperative gains.

Moreover, the tax bill also fails to properly accommodate restaurants and retail stores for renovation expenses. The original text of the bill claims that renovation investments must be deducted over 39 years rather than the originally intended 15 years, thereby reducing the original available benefits of renovation tax deductions.

Other glitches in the bill allow for hedge funds, equity firms, S corporations and others to potentially avoid enhanced rules on carried interest, provide unclear deadlines for businesses that claim losses for tax reductions, and enable real estate investors to claim deductions for pass-through-income if they directly own real estate stocks.

Much of the financial jargon and corporate minutiae involved in this legislation goes well above the head of the vast majority of American voters. But to the blue-collar farmer, hard-working restaurant worker and freelance real-estate investor, these poorly written and recklessly constructed tax provisions symbolize government ineptitude that is beholden to big corporations and cares very little for the financial growth and success of the average citizen.

Financial experts and politicians are currently scrutinizing the bill to determine whether its many flaws are the result of intentional design or hurried typos; this predicament best illustrates the problems associated with hurried legislative procedures aimed only at scoring political victories. Late last year, in a desperate attempt to garner enough support for a tax overhaul, the Republicans withheld the text of the tax plan from Democratic lawmakers and instead shared its details with lobbying groups. Further, the GOP avoided the general 60-vote cloture rule, and instead capitalized on a breakneck “budget reconciliation” process. The clear lack of forethought dedicated to this legislation is perhaps best illustrated by the pen markings in its margins, which gained universal criticism from financial and political critics.

The errors that have now become so publicly criticized are the result of hurried party politics and congressional dishonesty. In order to edit these errors, current lawmakers will have to rewrite significant portions of the bill – a task that, given the original difficulty of passing the bill, will once again prove difficult. The tax bill serves as a perfect illustration that hurried and reckless partisan efforts, especially when aiming to rewrite American tax law, serve only to harm hard-working Americans. 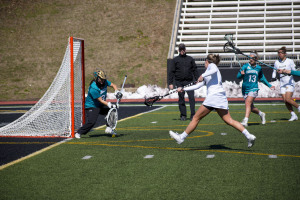