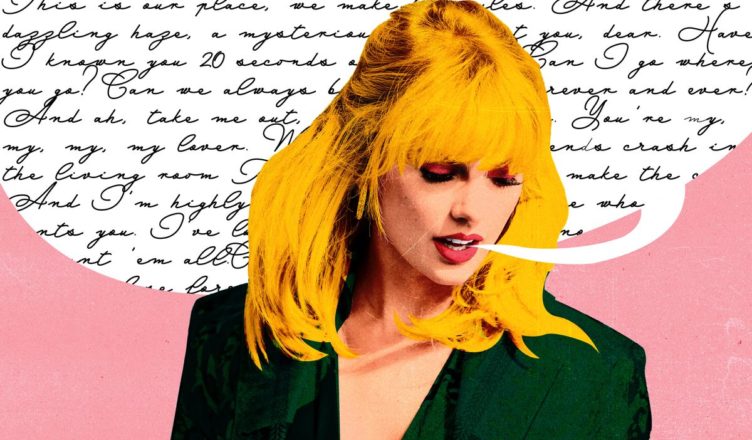 Taylor Swift dazzled fans with her seventh, most romantic, longest, record-breaking — and dare I say best? — album to date.

The award-winning pop singer teased fans for months with easter eggs in music videos, her previous album’s calendar, magazine interviews, murals, and social media posts. And now the dreamy, head-in-the clouds album is *finally* out for fans to enjoy.

For those of you who have listened to Taylor Swift since the beginning, you know her sound has changed and transformed throughout the years — just like her. Starting out as a country artist with the first album she released when she was 16, to eventually sounding more pop with “Red” and then to “1989,” when the singer finally officially rebranded as pop.

Her last album “Reputation” is the polar opposite of her newest album “Lover.” The new album’s name is fitting, as the album touches on all aspects of love, from heartache to feeling like you’re on cloud nine. Taylor described the album in the foreword of the disk pamphlet as “a love letter to love itself — all the captivating, spellbinding, maddening, devastating red, blue gray, golden aspects of it (that’s why there’s so many songs).”

While “reputation” featured dark greens, greys, snakes, a harder-sound and almost bitter lyrics, “Lover” embraces pastel pinks and blues, clouds, butterflies, hearts, kittens, and a more up-beat vibe. The album seems to celebrate Taylor being in a better place in her life after moving on from the phone-call Kanye scandal, being happy with long-term boyfriend Joe Alwyn, and finally reconnecting with Katy Perry.

“Lover” feels more personal and heartfelt than “reputation,” and reminds me more of the “1989” era. The album features 18 songs (the most she’s ever put out on an album), including two collaborations — “ME!,” released as a single with Brendon Urie from Panic! at the Disco, and “Soon You’ll Get Better,” a touching song about her mother’s battle with cancer, with the Dixie Chicks. In addition to “ME!,” “You Need to Calm Down” was also a single, released before the album.

This album is also unique as 2017’s “Reputation,” when Taylor did not do any press. However, with this year’s “Lover,” Taylor has done interviews with Vogue, TIME, CBS Sunday Morning, Ellen, Entertainment Weekly, performed on Good Morning America, and is even opening the VMAs on Aug. 26, where she’s sure to go home with some awards.

If I haven’t convinced you already how great this album is, maybe the numbers will prove it to you. Taylor sold 450,000 albums the first day the album was released, breaking the Jonas Brothers’ record for selling the most albums in a week this year at 357,000. Amazon also reported that “Lover” “broke global records as the top album debut in the history of Amazon Music.” “Lover” will also very likely give Swift her sixth consecutive debut on the Billboard top 200 chart, which will officially be announced next week.

And if that doesn’t show how brilliant Swift is already, she also pre-sold more albums of “Lover” than any other album in Target’s history.

I’m sure this helps by Taylor releasing four different deluxe edition albums at Target all with very personal diary entries from years past and present. Although I only got version one of the deluxe album, they come with the CD, two songwriting voice memos, more than 30 pages of Taylor’s personal journal entries and handwritten lyrics, photos, a poster, and space for fans to write their own journal entries.

From her Easter eggs in social media posts, interviews, calendars from a previous album, and having the idea to having four unique deluxe editions, Taylor Swift is an absolute legend and business aficionado. Her albums are more than just songs. Taylor excites her fans months and months prior to its release and doesn’t ever disappoint. This is by far her best album in a long time, and the first one she actually owns being on her new record label . A new Taylor Swift album, a new season, a new school year. Seems like the perfect recipe for a new beginning.