In drafting power-sharing resolutions in the early days of the Biden administration, all eyes are on the infamous filibuster, and whether the Democrats have the will to abolish it with a simple majority.

The filibuster is the favored method of obstruction in the U.S. Senate, the longest of which was in an attempt by dixiecrat Strom Thurmond to stop the passage of the Civil Rights Act of 1957.

It’s clear to me that obstruction is the Grand Old Party’s (GOP) pride, and they’d be quite peeved to see it go. The Democrats need to remove the filibuster because the Republicans prove time and time again they are uninterested in governing in good faith. The GOP will do anything and everything as long as they have the power to do so, and it seems the Democrats have learned their lesson of reaching out to the other side from the Obama administration, and are ready to do the same.

Senate Minority Leader Mitch McConnell has recently dropped the demand that Democrats keep the filibuster, meaning it’s on the table to be removed. However, I suspect the only reason McConnell let it go was that he is confident the Democrats won’t have the votes to remove it, on account of West Virginia Senator Joe Manchin opposing its removal. By doing this, I believe he keeps an amount of plausible deniability about his party being solely focused on obstruction. While there is a good chance the filibuster remains, he can say it wasn’t his party that blocked the removal of the filibuster, rather it was the Democrats’, and he’d be right.

Manchin is committed to his position, but every Senate Democrat is needed, along with a tie breaking vote from Vice President Kamala Harris. So why is Manchin opposed to ending the filibuster? I can only speculate that as a conservative Democrat who’s branded himself as bipartisan moderate, ending the filibuster, which conservatives have derided as far left, would open himself to criticism in his home state. He’d be accused of throwing in with the partisan left, so I recognize the line he has to tow as the only Democrat capable of representing such a red state, it’s just that line is incongruent with the ability to keep the Democrat majority in the 2022 midterms. Manchin prides himself on bipartisanship, but we live in an era where bipartisanship takes a backseat to raw political power; politics are more polarized than ever, and common ground is shrinking, so what is there to do but amass strength?

If the Democrats have the votes, they should do what they can to minimize opposition, and push their agenda through, by any means necessary. I think Manchin is the political equivalent of an army using 18th century battle tactics, marching down a field rank and file, shooting musket volleys at a tank. It’s clear to me the Democrats have more to offer this country than the GOP, they just need to deliver, and ending the filibuster is the first step to that end. Given the disadvantage the majority party has during a midterm election, Democrats are poised to fight an uphill battle, Manchin would make that hill all the more steeper with his reluctance to kill the filibuster. 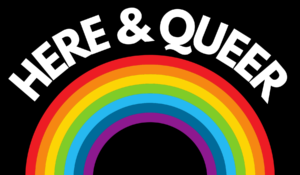