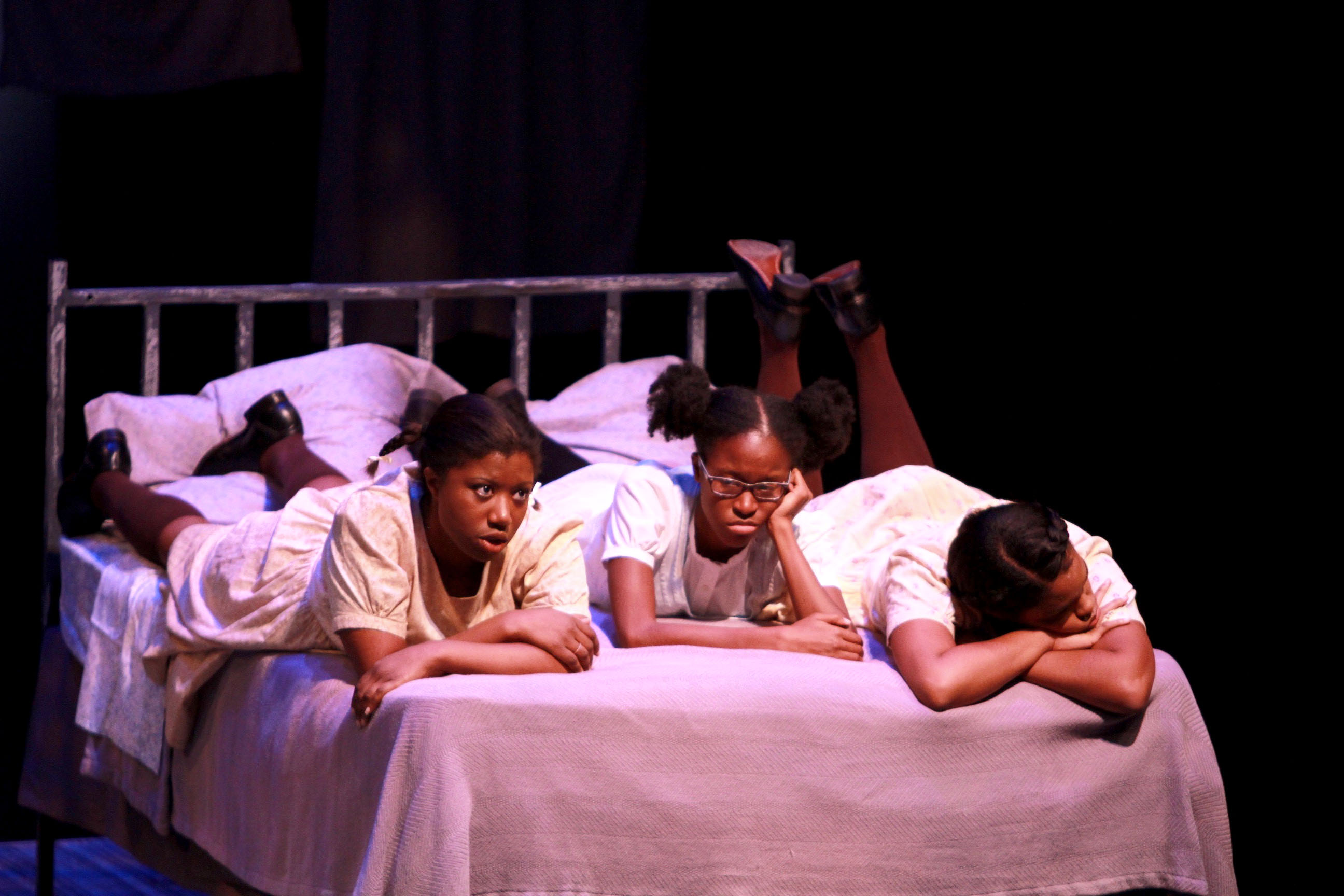 “It’s time to heal our women, kill for our women, be real to our women,” is the opening chant of Towson’s staged rendition of “The Bluest Eye,” a theatrical adaptation of Toni Morrison’s acclaimed novel of the same name.

“I felt that The Bluest Eye was extremely pertinent to today and specifically to the dialogue that needed to happen on campus in regards to race relations, so I suggested ‘The Bluest Eye’ and the faculty went for it,” Director Tavia La Follette said.

Set near the end of the Great Depression, “The Bluest Eye” follows the story of 11-year-old Pecola Breedlove, played by Leshea Johnson, and her struggle with self-identity and acceptance.

Narrated through her friend Claudia, played by Tamara James, and her sister Frieda, played by Catherine Ejiogu, “The Bluest Eye” highlights Pecola’s struggles to accept her beauty and worth. The play begins with a clip of actress Shirley Temple, who talks about how people should strive to help those who are hurting.

“In the grand scheme of things, we live in a Eurocentric world, so everything is geared toward white people,” James said. “We only have a small little set of things and even in that subset, we are already typecast… How do we break out of the boxes people have already created for us? It was nice having that conversation and open dialogue.”

The play follows a chronological storytelling sequence of Claudia’s memories. The audience is given insight and understanding to Pecola’s upbringing and past life experiences through a series of flashbacks and foreshadowing that all lead to a tragic end.

Pecola grows up being constantly told how ugly she is. She often witnesses her parents fighting violently, and is raped twice and impregnated by her father. Having never been shown love, she constantly wishes for blue eyes in the hopes that this will finally bring her the love and attention she so desperately wants.

In the end, Pecola believes she has blue eyes, because she has been driven to madness. She loses herself and the people around her.

“I think it would be too much to ask the audience to understand and be able to relate to us because when people see the show right off the bat, they think, ‘It’s a black people show, so why should we care?’” Johnson said. “But it’s not just a ‘black people show.’ Yes, it was written by a black author and the cast is black, [but] it’s the meaning behind the story, just knowing it could happen to anyone, to any family: black, white, [Latino],  Asian.”

“The Bluest Eye” forces audiences to think about conceptualized beauty for black women and women abroad, as Hollywood often negatively impacts their self-image because of its promotion of Eurocentric ideals of beauty. Pecola’s struggle to accept and love herself is a constant reminder of the daily struggles that women of color continue to face.

“The Bluest Eye” will run at the Main Stage Theatre in CFA until Oct. 22.