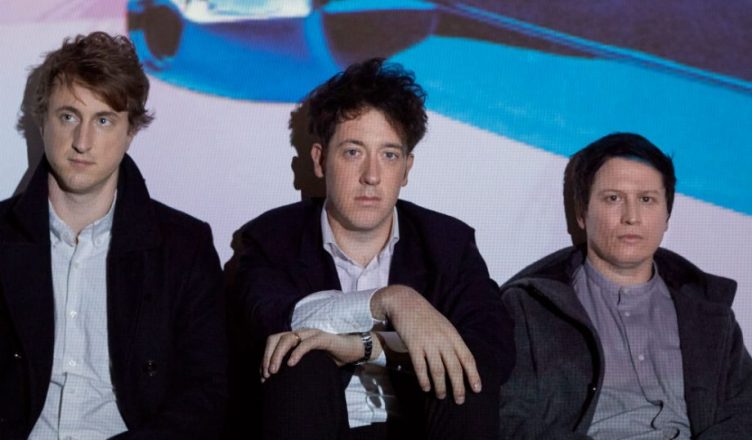 British rock band The Wombats released their new album, “Beautiful People Will Ruin Your Life”, on Feb. 9, an album that revisits the band’s alternative roots while still maintaining the soundscapes most prominent in their last album, “Glitterbug”. “Beautiful People” promises more of the unique lyrical prowess of frontman Matthew “Murph” Edward Murphy, as well as a range of musical variations compared to past albums. In its essence, the album is entirely what you would expect from The Wombats, but with noticeable maturity and variety.

The album begins with the upbeat “Cheetah Tongue,” which takes the listener on an audio journey that plays with several varied elements. The audience is presented with an ethereal swirl of instrumentals leading into the echoing bridge where time would seem to stop, save for the rhythmic snapping that leads us back into the track’s familiar guitar riff. The song eventually leads into the equally bouncy “Lemon to a Knife Fight”. This song contains lyrics of perpetual unpreparedness in terms of relationships, as well as more of the clean indie rock guitar that this time finds itself transforming into a tease of pop synthesizing before returning back to its original state.

We are then slowed down with the beautiful vocal writing and cloudlike instrumentals of “Turn.” This song floats through a decidedly pop universe, yet is constantly supported by an ever-present and chiming guitar. The focal point of “Turn” is its powerful ending that intensifies the dreamlike world of the track but delivers a more pungent restatement of the chorus. As the song fades into the air, the album continues on with the biting opening distortion of “Black Flamingo”. This gritty piece plays with The Wombats’ signature mix of rock and pop elements before settling into a steady groove during supported by various percussive elements. The dark, croaking vocals underneath the lead help to add a layer of depth, further cultivating the complex swirl of components that join forces to create “Black Flamingo.”

Borrowing from “Black Flamingo,” “White Eyes” opens with a dirtier guitar before taking the approach of a dance song. This style is reminiscent of the “This Modern Glitch” album, but altered with the band’s newfound appreciation of celestial-style soundscapes. “White Eyes” has the most energy of any song on “Beautiful People,” made possible with its use of feminine supporting vocals, prolonged yet still spirited build-ups, and dynamic drum fills that lead into the intensely satisfying backbeat of each chorus. This high energy subsides with the approaching of next track, “Lethal Combination” which presents itself in the form of soft, uptempo waves. The juxtaposition between peppy backbeat with atmospheric guitar and swirling instrumentals with pulsing drum-work supports the affectionate melancholia described in the lyrics.

“Out of My Head” is the first track where the bass takes the forefront. In doing so, it takes a vital role in creating an overall dark and quintessentially indie feel. Fairly unique from the rest of “Beautiful People,” this song features particularly expressive vocal moments and the first distortion guitar solo of the album. As the bass leads us out of the song and into “I Only Wear Black,” the listeners will be taken to the very start of The Wombats; cheery little tunes about rather unfortunate anecdotes. Beginning timidly with piano before building to pounding drums and quickly strummed guitars, this simple song about emotional instability sounds like came straight off of the group’s “A Guide To Love, Loss & Desperation” album.

We are now placed into the modern, artful “Ice Cream” which first establishes itself with reverberating clean guitar and lively bass. This environment is then viciously interrupted with the full force of clashing cymbals and deep, lyrical strings. The resonating vocals mixed with low, burrowing elements is highly reminiscent of Arctic Monkeys’ “AM”, yet still retains the archetypal instrumental stylings and anecdotal writing expected of The Wombats.

The penultimate piece “Dip You in Honey” is a feel-good alternative track that lands in a bubblegum pop world in its chorus. The verses do rely on considerably repetitive guitar-work, however the switch to livelier sections is far more prominently established because of this. Though not as slow or emotional as other tracks on the album, “Dip You in Honey” is perhaps the best love song on the album.

“Beautiful People” comes to a close with the slow, somewhat haunting song, “I Don’t Know Why I Like You but I Do”. This song drifts through an evening soundscape that starts off gently mysterious before building into a heightened atmosphere of soulful guitar work, supportive drums, and pleading vocals that simply cease into the air. This track is perhaps a lyrical reflection of the album as a whole, pondering the trials and triumphs of complicated love, confusing emotions, and an overall strive for optimism.