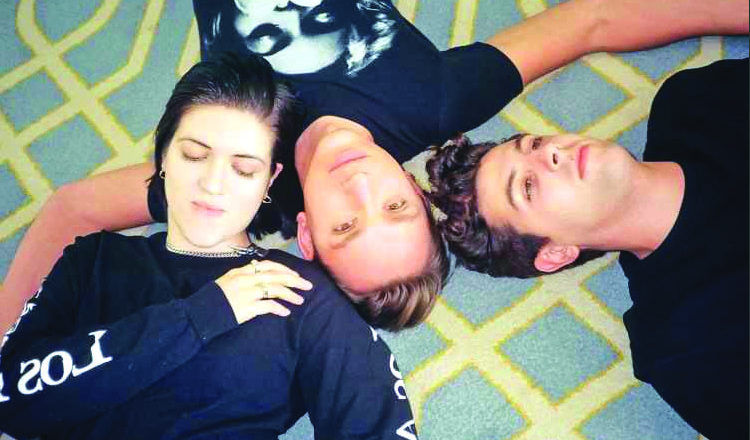 If you’re familiar with the English band The xx, you probably know them by the dreamy, sad electro-pop sound of their first two albums. They have that kind of intimate sound that makes you want to curl up under a blanket fort in your dark childhood bedroom lit only by some hanging string lights and lose yourself in nostalgia or sadness or both.

“I See You,” the first album the band has released since their 2012 album “Coexist,” expands on that melancholy feeling—but throws in some funky beats to temper things a little.

Singing duo Romy Madley Croft and Oliver Sim are the first to admit they have a hard time writing “happy” music. In one interview, they describe watching Jamie Smith, known as Jamie xx—the producer behind the synth pop beats—DJ at a club, and wishing they could elicit the same carefree, hands-in-the-air feeling that he achieved with his 2016 Grammy award-winning solo album “In Colour.” That desire for more lightheartedness can be felt from the funky synth horns in the first seconds of the opening song “Dangerous,” but most of the album ultimately stays true to the band’s wistful sound.

Songs like “Replica” (my personal favorite), “On Hold” and “I Dare You” feel decidedly more “dance-y” than the rest of the album. In the debut single “On Hold,” The xx succeed in juxtaposing their usual sad lyrics to catchy upbeat synth (in this case, by sampling Hall & Oates’ “I Can’t Go For That”). I found myself wanting more of this, although I suspect Croft and Sim have no real desire to push the envelope further. I’m a big fan of artists experimenting with their sound and taking risks, but “I See You” feels like a natural followup to their last album—although frankly, there are more songs I enjoy on “I See You” alone than on their other two albums combined. “A Violent Noise” kind of drifts off into that same forgettable territory.

“Lips,” on the other hand, stands out uniquely with its airy, Caribbean-esque beats, and is probably my first pick for a nighttime drive with the windows down. “Performance,” at first listen, seems maybe a little dull—after all, it’s Croft singing over a single violin and some guitar-strumming. After giving it another chance, I think it’s one of the most beautiful songs on the album (“If I scream at the top of my lungs / Will you hear what I don’t say / If I dance like I’m on a stage / Will you see I seem out of place”). Who can’t relate to, at some point, desperately wanting someone to look beneath their public persona and see who they “really are?”

“I See You” debuted as the number 1 album on the U.K. album chart and number 2 on Billboard 200, their highest charting album to date.