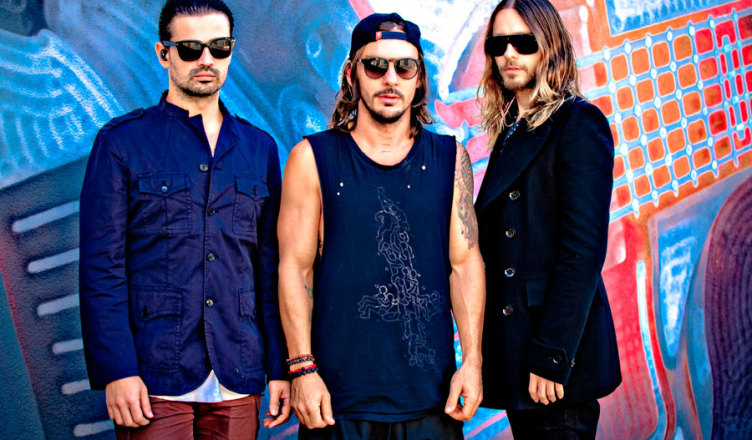 Thirty Seconds to Mars is one of the more interesting groups to come out of the early-2000s era of rock music. Most people associate this band with their frontman Jared Leto and his acting career, with Leto having starred in movies like “Suicide Squad” and “Dallas Buyers Club.” However, Leto has proven time and time again that he has one of the better voices in rock music today, with previous albums like “A Beautiful Lie” and “This is War” having an epic soundscape that one would typically find on a U2 or Pink Floyd record. Thirty Seconds to Mars’ previous albums also infuse a space-rock tinged flourish that give the songs an added grandeur.

The group has gone in a bit of a different direction with this next effort “America.” Leto and the band have decided to incorporate more contemporary pop production into their sound, and I can’t say that I had the best listening experience. To be fair, there are songs like “Walk on Water” and “Live Like a Dream,” which I consider to be mandatory listening for any true fan of this group. Leto’s trademark voice is still as ferocious as ever, which I imagine most fans will be happy about. However, there are more electronic elements that I can see becoming dated in a few years. Also, the collaborations with Halsey and A$AP Rocky left a lot to be desired. While I do enjoy elements of both songs, I feel that these two features were a tad misplaced.

This new sound is certainly a change of pace, but I don’t see it as particularly disheartening yet. While this album didn’t thrill me the same way albums like “This is War” did, that’s not to say that the group has lost its identity by any stretch. There are many times on this album where the trademark Thirty Seconds to Mars sound still shines through. The album just tends to be very lopsided, which is a bit of a step backwards but one I can see the band recovering from.

In general, I can probably say that this is one of the worst things that Thirty Seconds to Mars has put out. For those who have seen Leto as an actor and want to see how he is as a musician, I would not start with this album necessarily. This is not a complete disappointment, but if you’re a fair-weather fan of this group, you may be better off skipping this one.