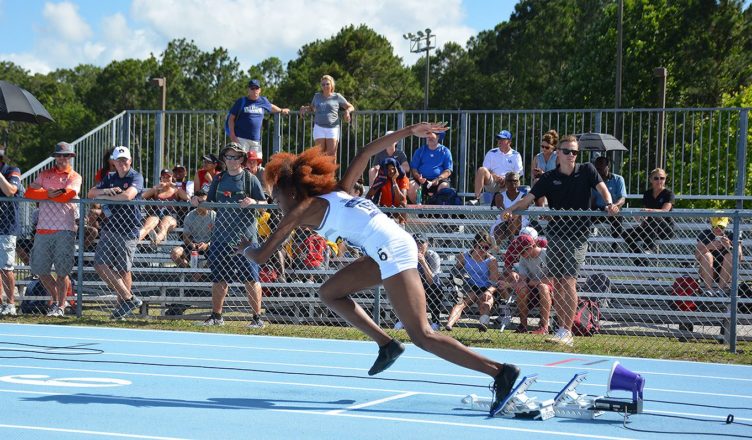 Four Towson athletes competed in the 2019 NCAA Division I Men’s and Women’s Outdoor Track and Field Championships East Region Preliminaries at University of North Florida’s Hodges Stadium in Jacksonville, Florida between Thursday, May 23 through Saturday, May 25.

Junior Michella Obijiaku had a throw of 16.14 meters, which is her second-best career toss, in the shot put placing 14th on Saturday, May 25. The top 12 athletes qualified while Obijiaku missed by .16 centimeters.

“It was her second time competing at a meet of this magnitude,” said Head Coach Mike Jackson. “It was tough to have to come up short after being two spots away from going to nationals. She’s disappointed and ready to get back to work real soon.”

Senior Phontavia Sawyer placed 42nd in the discus with a toss of 44.96 meters on Friday, concluding her collegiate career.

“This was her second time going to NCAA first round and it happened to be in a different event, last year she was in the shot put, this year she was in the discus,” Jackson said. “We focus now on highlighting all the great things she did for our program, scoring points for our program, getting more exposure to our program after transferring in and we’re excited about the two-year career she had with us and looking forward to her doing great things once she graduates Towson.”

“We would all say that we’re disappointed,” Jackson said. “Those are bars that she could’ve definitely cleared, but she is the first ever freshman, as well as the first ever pole vaulter to qualify to NCAA East prelims so we made some history there and she’s going to have a long and decorated career.”

Junior Shelby Francis placed 41st in the 400 meter hurdles timing 1:01.92 while finishing sixth in her heat in the event on Thursday, May 23.

“Shelby Francis ran herself into this meet by dominating at conference in the 400 hurdles which was a pleasant thing to see,” Jackson said. “We’re glad that we finished the year on a high note.”