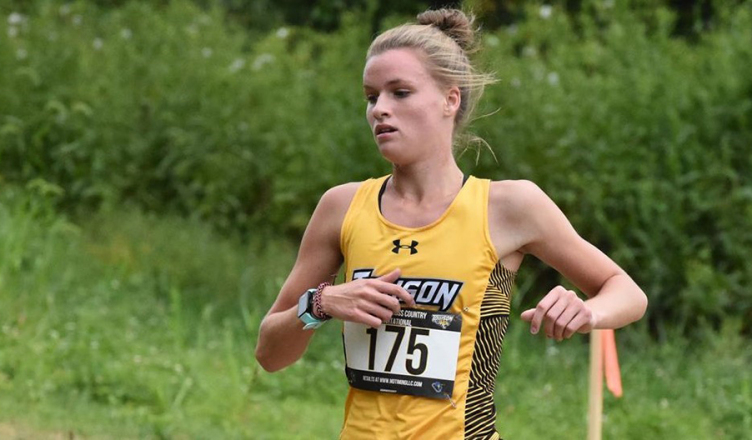 After having having last week off, Towson placed 16th in a pool of 20 teams at the Princeton Invitational Saturday in New Jersey.

“I think the top three individuals had a solid performance,” Head Coach Mike Jackson said. “The others, we’re looking for a bit more as we move into conference championships, and I’m confident that they will be able to have some great accomplishments there.”

Sophomore Erica Israel recorded her second best career 6K time, finishing 44th and crossing the line at 22:37.6. Israel has been the first Towson runner to cross the line first in the last five races.

“It really starts with summer training and how she does, and it’s been paying off,” Jackson said. “We’re just transitioning and focused on championship season, and our goal is for her to be at the top 12 which we think she’s capable of doing.”

Freshman Paige Keefer ran in her second-career 6K race and earned a time of 24:51.01. Sophomore Alise Montgomery recorded a time of 25:00.07, her second fastest 6K time as a Towson runner.

Senior Kara Mueser posted a time of 26:25.09, and was the final Tiger to cross the finish line.

The Tigers will return to action in the CAA Cross Country Championships hosted by Elon on Saturday, Oct. 28. The meet is set to begin at 10 a.m.

“Sometimes consistency and the order doesn’t exactly mean that you’re doing great as a team,” Jackson said. “We’re hoping to see some things shake up a bit over the next few weeks as we train for championship season. We’re just looking to put our best foot forward, and our best performance when we get down to Elon.”

Towson will once again have two weeks to prepare for the meet. This will be the team’s final meet before the start of the indoor track and field season

“Our goal was top four going into conference, and we need to see people really want that,” Jackson said. “No one in our conference is really standing out as being the top team. Anything is possible, but from our team we need to see them be competitive and really fight and show that they want to vie for a conference championship.”