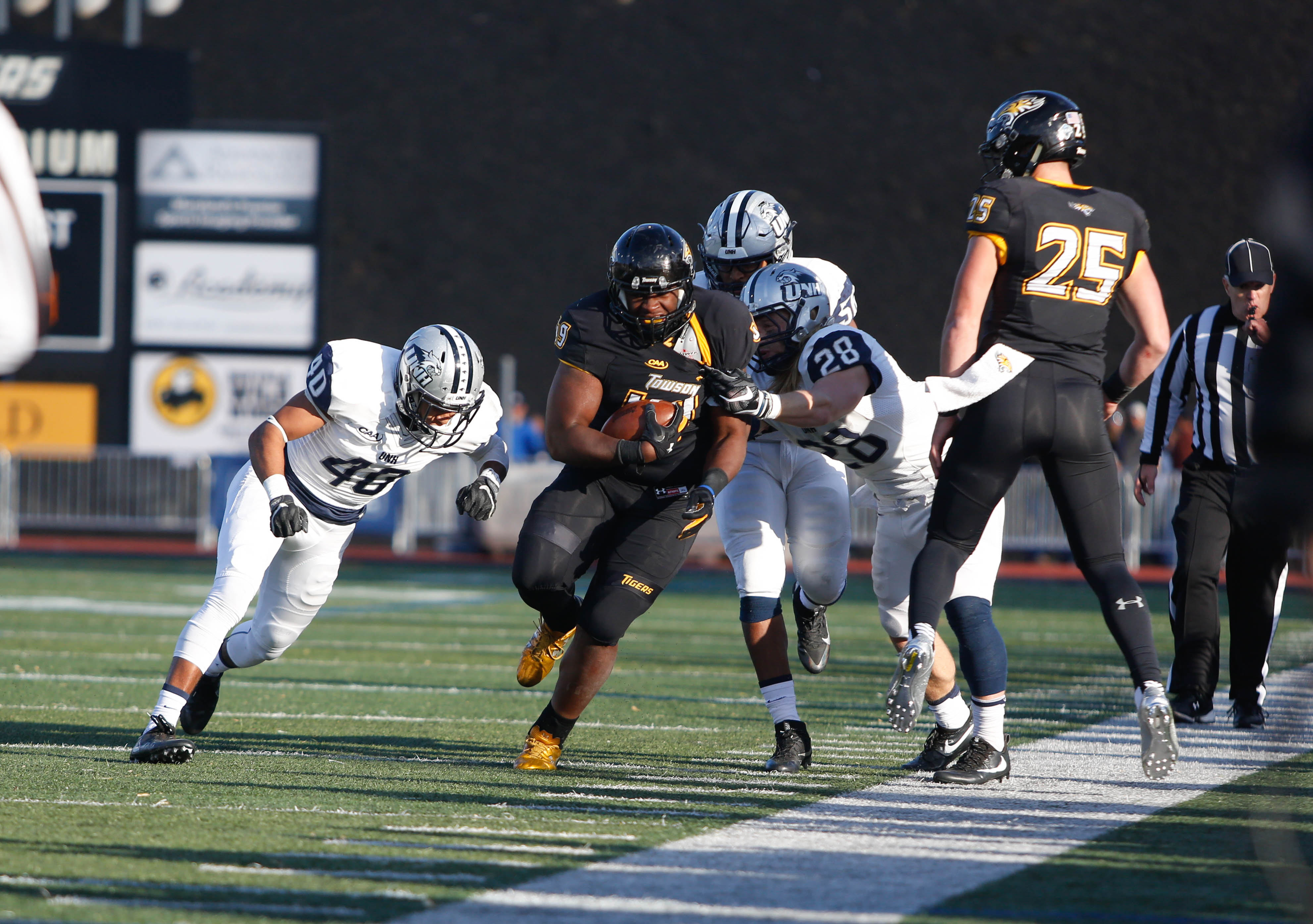 “They played really well,” Head Coach Rob Ambrose said. “They didn’t hurt themselves. They did what it took to win, and one day, hopefully in the very near future, we will learn to stop shooting ourselves in the foot.”

In the first quarter, the Tigers (1-6, 0-4 CAA) attempted to take a 3-0 lead over the Wildcats (5-3, 4-1 CAA) on a 50-yard field goal attempt from freshman kicker Aidan O’Neill. However, the kick went wide right and the Wildcats took over on the Tigers 33 yard line.

Following the missed kick, New Hampshire took advantage of good field position and jumped out to a 7-0 lead when sophomore quarterback Trevor Knight rushed for a 29-yard touchdown.

In the second quarter, the Tigers caught their first break of the game when redshirt freshman defensive back Keon Paye intercepted Knight and halted the Wildcats drive. However, the Tigers offense was unable to take advantage of the interception and turned the ball over on downs.

Later in the second quarter, redshirt sophomore quarterback Ellis Knudson through a pick-six on an underneath pass attempt to redshirt sophomore wide receiver Sam Gallahan. Knudson’s eighth interception of the year gave New Hampshire a 14-0 lead with 7:21 left in the first half.

“Basically it was all set up by my blockers,” Simpson said. “I didn’t have to do anything special. The blockers set it up and then the hole was there and speed took over.”

The Tigers tried to even the score at the end of the first half with a hail Mary, but the pass was thrown out of the back of the end zone, and the Wildcats went into the locker room with a 14-7 lead.

Towson opened up the second half with the football, but on its first drive of the half Knudson was sacked and fumbled. New Hampshire recovered the fumble and returned the ball 39 yards for a touchdown to take a 21-7 lead.

“That was definitely the first touchdown I have ever scored in my life,” New Hampshire sophomore defensive tackle Ryan Sosnak said. “I saw the ball, just picked it up and started running. Just a spur of the moment play that we work on every day in practice.”

After the early miscue that resulted in a Wildcats touchdown, the Tigers continued to struggle on the offensive side of the football and mounted just 61 yards of offense in the second half.

Towson tallied only 191 yards of total offense and were limited to 80 net rushing yards against New Hampshire.

Following the fumble that was recovered and taken back for a touchdown by New Hampshire, neither team found the end zone, and New Hampshire hung on to secure a 21-7 victory.

Towson will look to snap a five-game losing streak Saturday as the team travels up I-95 to take on arch rival Delaware at Delaware Stadium. Kickoff is scheduled for 3:30 p.m.