Four players scored in double digits as Towson fought hard to overcome a three-point deficit at halftime. But the Tigers stumbled in a 84-80 battle in overtime to Kent State.

Head coach Pat Skerry was impressed with his team’s performance but knows that they could’ve won this game.

“We knew Kent State has a really good team and it was a high-level game that could have gone either way,” said Skerry. “I liked how hard our guys played and we took care of the ball. Our defense was good, but we just didn’t get it done.”

The defensive intensity was present as players sacrificed their bodies diving for loose balls and playing a physical brand of basketball, not allowing easy buckets when a player drove the ball to the basket. There was a total of 16 ties and seven lead changes, but Kent State never trailed in overtime. The Tigers have lost their last three overtime games.

“Guys are bummed out, but I told our guys that we have a lot of opportunities,” said Skerry. “And, in the big picture, it’s about how we perform to get to where we want to get come March. I look at the box score and see Brian [Fobbs] and Allen [Betrand] going 10-for-33 (FG) and 1-for-15 from three. I’m not sure how we forced overtime.”

Despite the loss, the Tigers were playing for something much bigger than basketball. Both programs have played a significant role in raising awareness about autism. Towson wore their alternate blue jersey in support for Autism Awareness.

Skerry got the opportunity to meet Bennett and spoke with him prior to Kent State’s Sunday practice.

“It’s pretty impressive that a guy overcomes those types of obstacles and play Division I basketball at pretty high level,” said Skerry. “I have a tremendous amount of respect for Rob Senderoff and his program. They took believed in him and are working with him.”

Towson will head to Gainesville to take on No. 15 Florida on Thursday, Nov. 14 at 7 p.m. The game will be nationally televised on ESPN2. 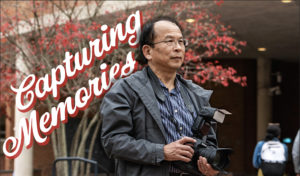