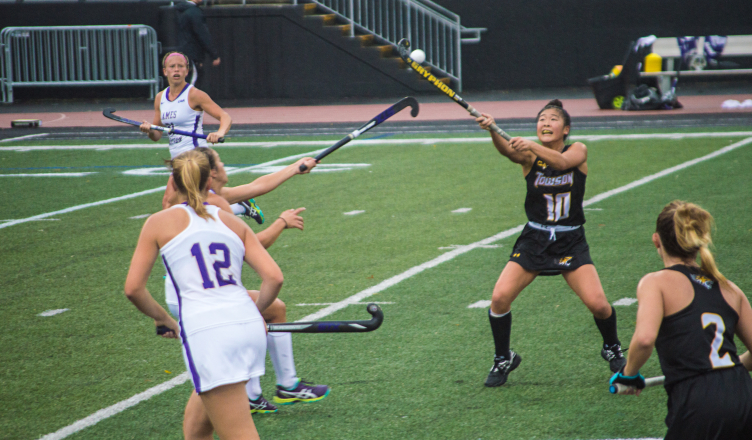 James Madison scored three times in the span of two minutes to take a 5-0 lead late in the first half.

“In the second half, we started playing our game,” Head Coach E.A. Jackson said. “In the first half, we came out and were a little bit flat and at halftime, the team got together and decided they could do better than we were and shifted the energy.”

The Tigers (1-16, 0-5) jumped on the board when junior midfielder Katie McNeel scored her team-leading sixth goal off of a penalty corner.

With less than two minutes remaining in the first half, the Dukes scored again to take a 6-1 lead at halftime.

In the second half, the Dukes picked up where they left off and found the back of the cage in the opening two minutes to add to their lead.

“There are a lot of little things that are going better than they had been,” Jackson said. “We’re connecting passes, generating attack and we finished against JMU. We got those incremental victories.”

Senior goalkeeper Emilee Woodall tallied 11 saves in the game, while Johnson and Zaleppa each collected a defensive save.

The Explorers (9-7) got on the board early thanks to a breakaway goal to take a 1-0 lead 9:36 into the contest. The Explorers scored again in the 26th minute to take a 2-0 lead.

However, McNeel found the back of the cage off a blast from the top of the circle to cut the Explorers lead in half 2-1.

La Salle controlled much of the second half and scored twice to secure a 4-1 victory over Towson. Woodall tallied nine saves in the contest.

“We have a great recruiting class coming in next year,” Jackson said. “I’m really excited about the spring to work with the group that we have and further develop our hockey IQ.”

The Tigers finished 1-15 and 0-6 in conference play. Next year’s schedule is still TBD.