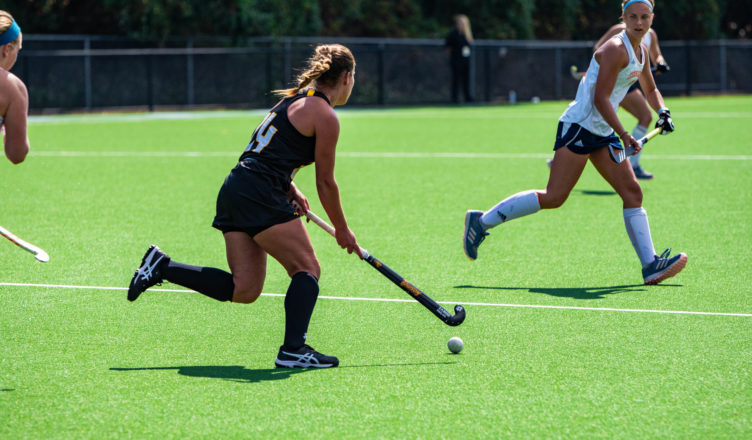 Towson faced off against the Rider Broncs and Bucknell Bison this weekend, but lost both games.

“The win-loss record, if that’s what you’re using to measure success certainly shows an area where we can grow,” head coach E.A. Jackson said. “The level of sophistication with which they’re starting to play and understand our system of play is really promising.”

The second game of the weekend for the Tigers (1-8, 0-0 CAA) was a 3-0 loss to Bucknell (5-4). The Bison were coming off a conference after winning their previous two games. Freshman attack Emily Doyle led the way with two goals, sophomore forward Kaelyn Long followed up with a goal as well.

“Obviously the 3-0 loss is, on paper, it looks discouraging but the reality is they’ve come so far from where we were three years ago and I’m excited about the future.” Coach Jackson said.

Coach Jackson said that film study prepared them for the platoon style that Bucknell plays. They were prepared and neutralized for 30 minutes allowing just one goal to get past Okkerse, but the second half was a different story.

“It was a tough game,” freshman goalie Tess Okkerse said, “But I think we’re making a lot of improvements but we just gotta get the details right.”

The Bison scored late in the first period taking a 1-0 lead at halftime.

“We’re improving and I think we can achieve much if we also get the details right,” Okkerse said, “The energy was so good, it was better than all the games before that’s what coach also said.

The fourth was more of the same, but the Tigers recovered enough to mount some offense with two shots. However, it was a case of too little too late, but Coach Jackson was pleased with her young team’s effort nonetheless.

“That’s a moment where we show our age, our youth,” Jackson said, “ We got it back together the fourth quarter and I was happy with the performance we were able to string together a corner opportunity. It showed me that they fought the whole time and they didn’t give up.”

Towson fell to Rider 4-1 (6-2) on Friday. Sophomore forward Carly Brosious led the Broncs with a hat-trick and was supported by sophomore midfielder Julia Divorra. Freshman attack Georgia Beachley scored the only Tigers goal of the game.

The Tigers only took three shots in the game, two of which at goal. Rider, however, took 18 shots including 12 at goal. In the first quarter, the Broncs poured in three shots and scored two goals past Okkerse.

The Tigers travel to Houston, Texas on Thursday, Oct. 3 vs Miami of Ohio at 7 p.m. Towson finishes off the week with a home match against the Davidson Wildcats on Sunday, Oct. 6 at 2 p.m.