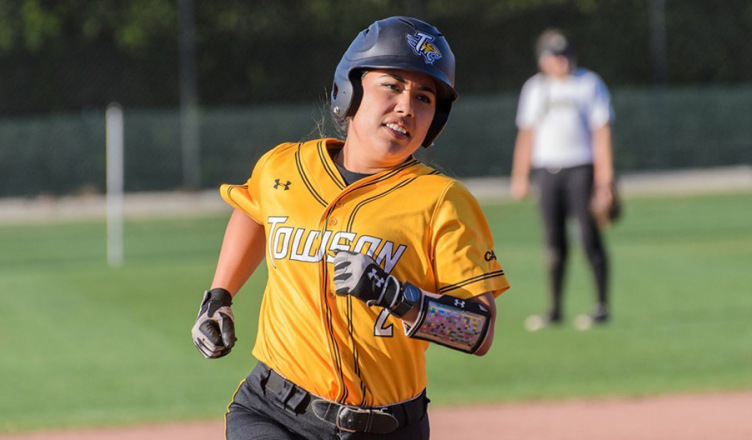 The team came away two wins but suffered three losses this weekend, during its fourth tournament so far this season.

“I wasn’t really happy with the results this weekend,” Head Coach Lisa Costello said. “We were not where we should’ve been offensively and defensively.”

Sunday, the Tigers concluded the tournament with a 5-4 extra innings loss to Pennsylvania. The Tigers led by three heading into the seventh inning, but Pennsylvania mounted a comeback to snatch the win.

On Saturday, Towson suffered a 9-3 loss to host Southern Florida in its second game of a doubleheader.

Sophomore shortstop Brook Miko was a bright spot for the Tigers. She notched two hits in three trips to the plate. Fellow sophomore Kendyl Scott also recorded two hits for the Tigers that game.

Towson dropped Saturday’s first game 10-0 to Ball State. Junior pitcher Olivia Balthazar provided the only hit for the team throughout the entire game.

The Tigers earned a win over Western Michigan 10-5 Friday. Balthazar paved for the team. She went 3-4 with a homerun and two RBI.

Freshman pitcher Julia Smith-Harrington got her fifth win of the season, pitching six innings while giving up just one earned run.

“We’re looking forward to getting back to practice and improve on some of our mistakes from this weekend,” Costello said.

After playing on the road to open up its season, Towson will return home. The team will play host to Morgan State, Binghamton and Princeton March 10-12.