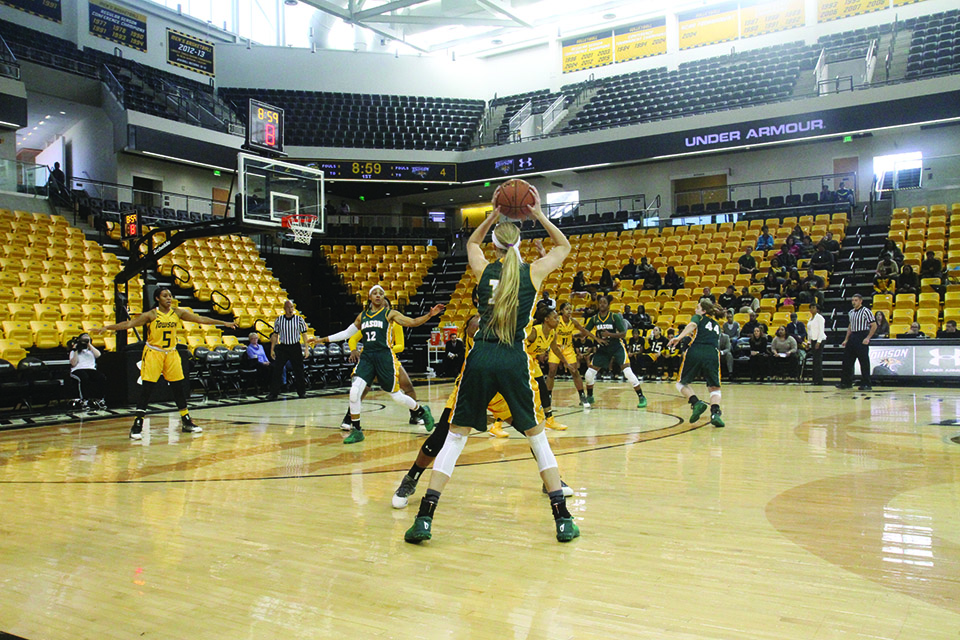 The College of Charleston rallied late in the fourth quarter to pick up a 59-54 victory over Towson Sunday at TD Arena.

“Every game for us this season has been a competitive battle with most games being determined by two possessions,” Head Coach Niki Reid Geckeler said. “Eight of our 11 conference games have come down to the wire so our ladies are competing hard. One of our core values is to be relentless every time we step on the court and yesterday was the same.”

The first quarter was close as the Cougars built a 6-point lead before the Tigers went on a seven-point run after a tough and one conversion from senior guard Raven Bankston.

At the start of the second half, the Tigers went on a 7-point run thanks to a 3-point basket from freshman guard Etalyia Vogt’s.

Towson’s defense shut down the College of Charleston  in the second and held them to just 8 points. The solid defense helped Towson take a 23-20 lead into the break.

The Tigers managed to hold a lead through the start of the second half before an 8-point run from the Cougars gave them a 3 point lead.

However, sophomore guard Sianni Martin brought Towson back by hitting a clutch pair of three-pointers to help the team build a 39-34 lead going into the final quarter.

Towson opened up a 12 point lead thanks to a 9-2 run to start the quarter. However, the Cougars dominated the final six minutes of play.

Freshman forward Breanna Bolden went on a tear for Charleston scoring 7 points. The team scored 21 of the game’s final 27 points. Towson could not withstand the late flurry from Charleston and lost 59-54.

“The outcome wasn’t what we would have liked,” Geckeler said. “However there has been tremendous growth in our team throughout the season.”

Towson will host UNC Wilmington this Friday at the SECU arena. Tip-off is scheduled for 7 p.m.

“We are headed into our last seven games with a much more balanced plan of attack and a focus of playing our best basketball in the months of February and March,” Geckeler said. “We are going to be who we are, relentless, selfless and unified.”