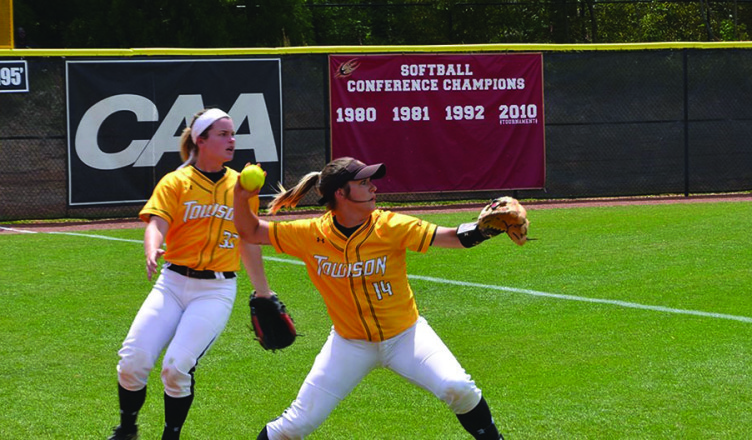 Towson traveled to North Carolina this weekend for a three-game series against Elon, dropping two of three and falling to 16-22 on the season.

“I think we pitched really well,” Head Coach Lisa Costello said. “We need to continue to improve our situational hitting, though.”

On Sunday, the Tigers fell to the Phoenix 1-0. The game proved to be a defensive showdown as the Tigers only managed two hits, while only allowing three, throughout the entire game.

Pitchers Megan Dejter, a junior, and Julia Smith-Harrington, a freshman, combined for a strong performance on the mound. Neither pitcher gave up an earned run.

Saturday, Towson played a doubleheader against Elon. The team dropped game two but earned a victory in game one.

Towson fell short in game two of the doubleheader, losing 4-3 in extra innings.

Sophomore Nicole Stockinger recorded three hits in four at-bats for the Tigers. Juniors Shelby Stracher and Daria Edwards each hit a homerun in the game.

On the mound, Smith-Harrington struck out two batters and allowed only one earned run.

In game one of the doubleheader, the Tigers managed to earn a 2-1 victory in extra innings.

Dejter went all 10 innings and giving up only six hits and one earned run.

Following its midweek series, Towson will be at home over the weekend against conference rival Drexel for a crucial three-game series.