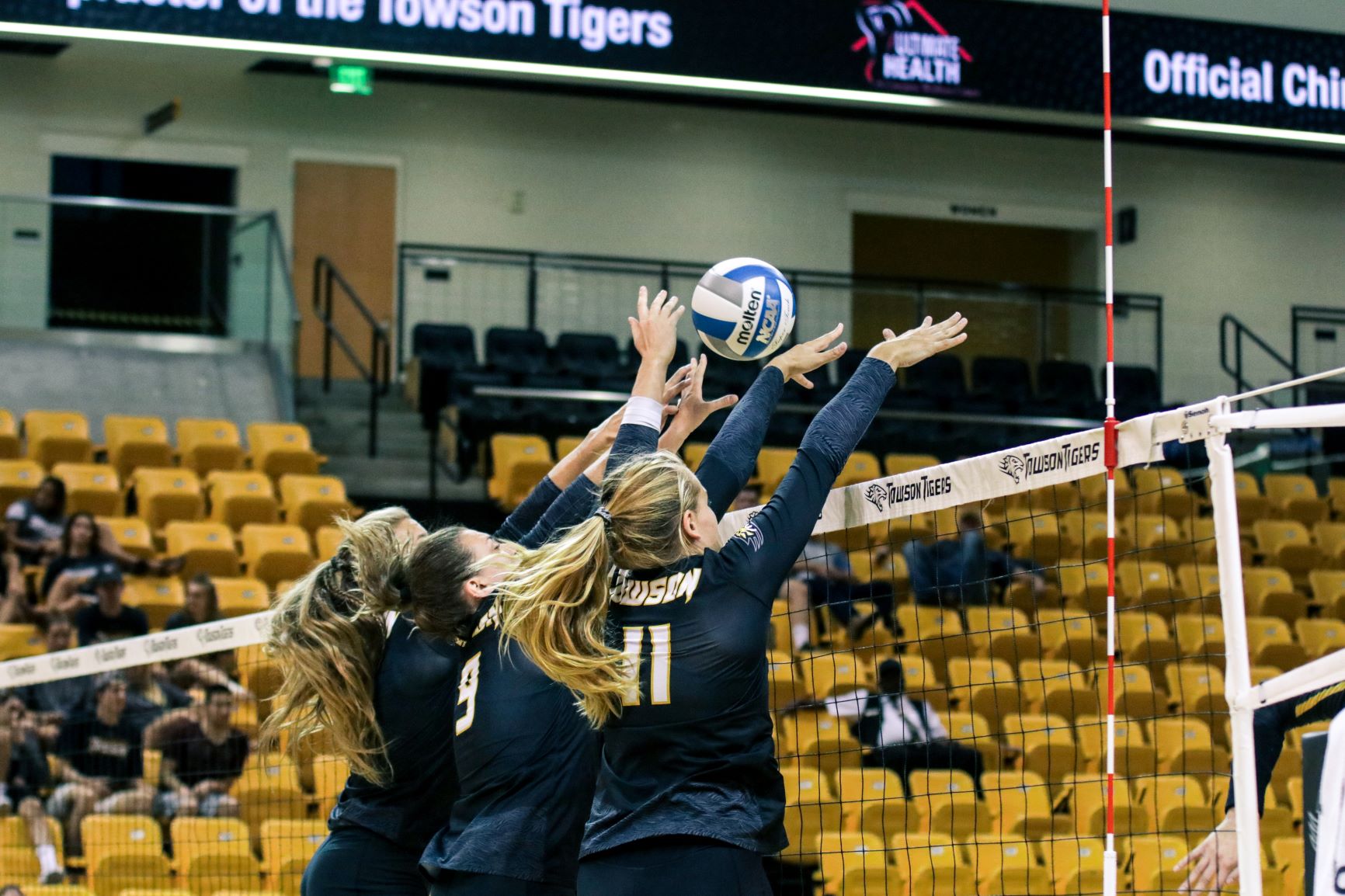 Photo by: Tiffany Deboer/ The Towerlight

Towson was defeated 3-1 on the road at James Madison University Saturday night. The league-leading Dukes were able to withstand the strong comeback effort in the third set from the Tigers.

The Tigers fall to 6-11 overall and 1-3 in Colonial Athletic Association (CAA) play. Junior outside hitter Olivia Finckel was the standout in the match as she had an impressive 20-kill night, leading all players in that category.

Junior setter Marrisa Wonders also put up a well-rounded effort as she recorded her fourth double-double of the season with 11 assists and 12 digs.

Towson got off to a slow start as the Dukes scored eight consecutive points which led to an early 13-5 deficit. The Tigers could not recover as James Madison won the first set 25-15.

The Tigers started to get the ball rolling during a competitive second set as they put up seven unanswered points to take a 16-15 advantage. However, James Madison may bend but they do not fold as they answer back with a four-point run to win the second set 26-24.

With a sweep in the making, the Tigers seemed to be breaking down as they faced a 6-1 deficit, but they rebounded with a 6-1 run of their own to tie the game at 7-7. Towson continued its momentum with a 4-0 run down 21-20 to force a fourth set after winning the third set, 25-22.

A common theme continued at the start of the fourth set as the Dukes took a 6-2 lead. Towson was able to keep close throughout the set, but James Madison held the Tigers off by winning the match deciding set 25-20. 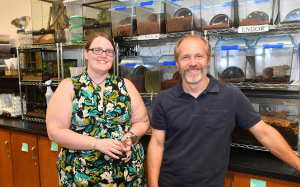 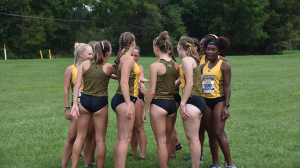