Towson University’s (TU) football team announced their schedule for the upcoming 2021 season, after electing to skip a 2020 season due to the COVID-19 pandemic, Feb. 10.

The Tigers will play 11 games and return to the gridiron for the first time since 2019. TU has games against North Dakota State and San Diego State from the National Colonial Athletic Association (NCAA) Division I Football Bowl Subdivision (FBS). All of TU’s games will be played on Saturdays, five being at Johnny Unitas Stadium.

“We’ve been waiting for so long, so we’re ready for anything, but it’s definitely exciting to see a good schedule like that,” Redshirt senior wide receiver Caleb Smith said.

TU’s home opener will be on Sept. 18 against the defending NCAA Division I Football Championship Subdivision (FCS) champion North Dakota State (NDSU). The Bison have won three straight national championships and also won eight of the last ten titles. This will be TU’s first matchup with NDSU since the 2013 FCS championship that the Bison’s won 35-7.

“It’s significant, they’re a powerhouse team, respect to them,” Senior safety S.J. Brown said. “But at the end of the day, it’s a statement game. It’s the home opener, so we got to come ready.”

Following the game against NDSU, TU will travel to face San Diego State from the FBS on Sept. 25. This will be the first matchup against the Aztecs, and the 13th straight season the Tigers will face an FBS opponent.

The Tigers have not defeated an FBS opponent since 2013 when they beat University of Connecticut 33-18. TU faced Florida in 2019 but faced a shut out.

According to redshirt junior running back Adrian Feliz-Platt, the Tigers are looking to push hard in their game against the Aztecs.

“I think everyone knows we’re going in as the underdog, it makes us want to win that much more,” Feliz-Platt said. “A lot of teams such as San Diego State won’t see us as much of an opponent. A lot of teams think it’s going to be an easy game, but a lot of teams in the [Colonial Athletic Association] CAA look for the chance to win and get the upset.”

For Brown, a Plumas Lake native, this game also represents the rare chance for him to play in his home state of California.

“That game is personal for me because I’m going back to Cali,” Brown said. “I guess the biggest benefit is going back to my home state and doing what we can to get the W.”

TU will play an eight-game conference schedule beginning on the road at New Hampshire on Sept. 11. The Tigers will face two CAA opponents for the first time since 2017. They will welcome Rhode Island to Unitas Stadium on Oct. 16 and travel to Richmond on Nov. 6.

TU will also face Stony Brook and Albany at home. For the second straight season, the Tigers final home game will be against the Elon Phoenix’s on Nov. 13. The regular season wraps up a week later in Harrisonburg, Virginia against James Madison University.

“I was excited about the schedule, it’s a tough schedule,” Brown said. “We got some good opponents on there, I’m looking forward to the competition and I’m excited.”

While the pandemic forced the Tigers to sit out of the 2020 season, it has not affected their preparations for the upcoming season. Feliz-Platt views the additional time to develop as a benefit.

“This is more time for us to prepare, we’re basically going to have two years to prepare for the next fall season so we’ll be in pretty good shape,” Feliz-Platt said. “I think that gives us an advantage.”

However, Smith mentioned the challenges the additional time presented.

“We’ve had longer to prepare for it, it’s hard to keep a goal in mind,” Smith said. “Usually when you work you have a goal to see through it but the finish line keeps getting pushed back.”

According to Feliz-Platt, he found a new appreciation for the game of football over the last two years.

“It’s probably going to be a crazy feeling once everyone gets back on the field in summer and competes again,” Feliz-Platt said. “The feeling is unreal and unmatched, most of us play football our entire lives but it was taken from us by COVID[-19]. It kind of feels like I’m young all over again and falling back in love with the game.”

TU will open the season at Morgan State University (MSU) on Saturday, Sept. 4. The Tigers have won the last three matchups with the Bears. 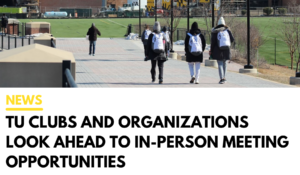 Previous post After losing members to Zoom fatigue, TU clubs and organizations are ready for in-person opportunities to return 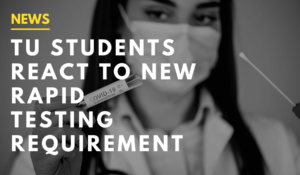