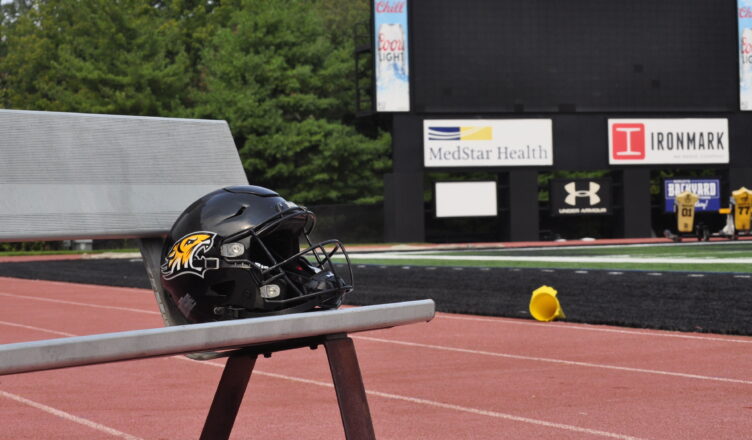 After nearly two years without play, the Towson University (TU) Tigers Football Team started off strong with two shut-outs and aim to blaze their way to a CAA Championship.

The Colonial Athletic Association (CAA) suspended the 2020 fall season and played a reduced spring season in 2021. Towson was the only CAA team to opt-out of the spring football season.

The opt-out resulted in the Tigers waiting 93 weeks to play a football game before their season opener against Morgan State University (MSU). In the season opener, TU shutout MSU 31-0, their first shutout win since 2017 which also came against the Bears in a 10-0 Tigers victory.

“It meant everything, I’ve been counting that day down for a long time,” redshirt senior safety S.J. Brown said. “The anticipation, the buildup, just not knowing when we’re going to play again. It was good to finally be out there with my brothers and get that win and shutout.”

Against MSU, redshirt senior wide receiver Darian Street led TU with 91 receiving yards on two catches. One of his catches was a 73-yard touchdown in the second quarter.

“We wanted to come out fast against Morgan and get the jitters out,” Street said. “We came out hard, we played hard and we’re looking to take a step each week and make improvements.”

Towson moved to 1-1 this past Saturday after losing to the University of New Hampshire (UNH) 26-14.

Since Towson’s last game vs Elon University in 2019, they have lost several starters on both sides of the ball. Some of the notable names include quarterback Tom Flacco, running back Shane Simpson, wide receiver Shane Leatherbury, defensive end Tibo Debaillie, and linebacker Malik Tyne.

Towson’s roster includes several transfers who took advantage of the extra year of eligibility granted by the NCAA due to the COVID-19 pandemic.

One of the most notable transfers is graduate quarterback Chris Ferguson. He began his career at the University of Maine where he helped the Black Bears win the 2018 CAA Championship. Ferguson transferred to TU from Liberty University where he played six games in 2020.

“I’ve pretty much played everywhere, I’m familiar with every stadium and know a lot of these defenses,” Ferguson said. “The CAA thing is that a lot of coaches have been there a while so you get the same feel.”

In his TU debut at Morgan, Ferguson went 19-31 for 247 passing yards and two touchdowns.

After two games on the road to open the season, the Tigers return home for a matchup with the third-ranked North Dakota State University (NDSU) Bison on Saturday, Sept. 18. This will be the first time the Bison play in Johnny Unitas Stadium and the first meeting since the 2014 FCS National Championship Game.

In that game, NDSU defeated Towson 35-7. The Bison won their third consecutive national title and have since won eight of the last ten championships.

“Everyone knows about North Dakota State, they’re a tough team,” Street said. “… A team like that, they’re gonna be disciplined, they’re gonna do what they’re told to do.”

The following week on Saturday, Sept. 25, the Tigers head to California to face FBS opponent San Diego State University. This will be the first time Towson plays the Aztecs.

“It’s really challenging, the September schedule we have is not easy but I think it’ll benefit us at the end of the year,” Street said. “…We can beat any team that we put our mind to as long as we play our best football.”

“It’s good to have teams we haven’t played in a while, but at the end of the day we’re just trying to go 1-0 and focus on the opponent we have at hand.” Brown said.

The Tigers were predicted to finish seventh in the CAA in a preseason vote of coaches and media relations officials. Despite this, Towson has high expectations for the 2021 season.