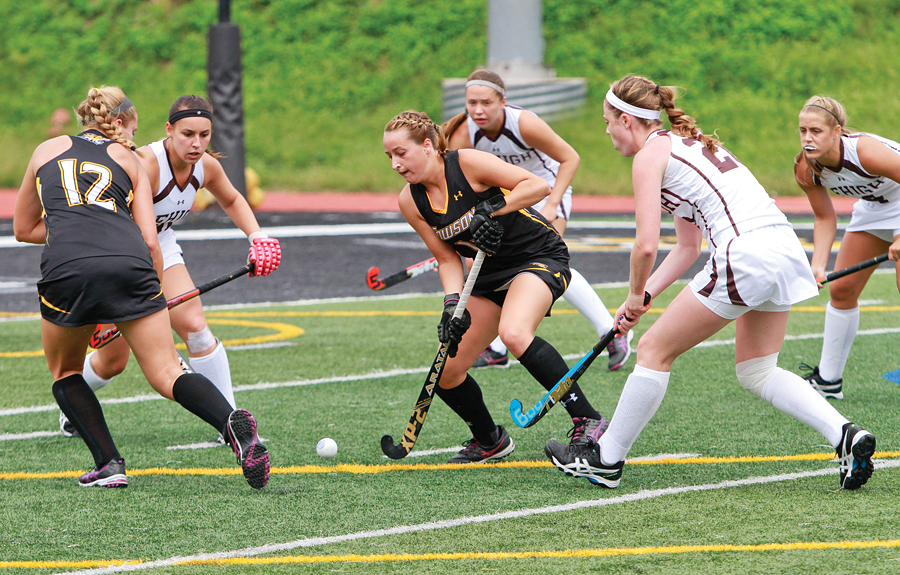 “Unlike our game on Friday we played as individuals today,” Head Coach Carly Campana said. “It’s very hard to find success when you don’t play collectively as a unit.”

Sunday, the Mountain Hawks (5-8) scored three early goals against the Tigers (2-11) and never looked back.

Lehigh gained an early lead with a goal from senior midfielder Marissa Glatt off a feed from senior forward Gabby Tofig six minutes into the game to go up 1-0.

The Mountain Hawks continued their attack with a goal from sophomore midfielder Isabel McKeown off a long pass from senior midfielder Kassidy Green just three minutes later to go up 2-0.

Just before halftime, Towson gave up an unassisted goal to sophomore midfielder Lindsay Alvarez and Lehigh went into the half with a 3-0 advantage.

Lehigh continued its barrage with another goal just eight minutes into the second half, increasing its lead to 4-0.

The main factor throughout the game was shots taken. Lehigh was aggressive, taking 20 shots while Towson did not attempt a shot in the game.

Towson will look to improve its record with two nonconference matchups on the road. The Tigers will travel to face Virginia Virginia Commonwealth Friday Oct. 14th, and Princeton on Sunday.

“We are making a collective effort to provide team building and bonding opportunities both on and off the field, Campana said. “We are a very skilled and talented team, but we are also a very young team. The experience gained in games this year should help shape our performance in the years to come. It’s a tough spot to be in now but ultimately iit’s sets us up for success in the future.”