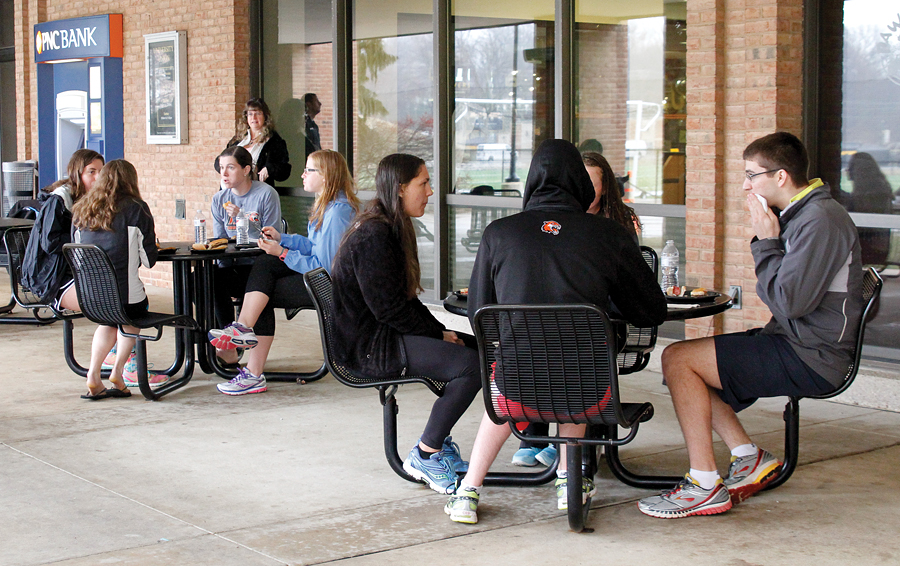 The tigers, female cross-country runners representing the Rochester Institute of Technology and their mascot RITchie the Tiger, have taken on the challenge of running 1,400 miles in order to raise awareness for tiger conservation and women’s athletics.

Throughout their trek from Alabama to New York, the team plans to stop at the Universities in the region who also share the tiger as a mascot.

“There is a little bit of tiger inside all of us that attend a tiger university,” Vice President of Tigers for Tigers at RIT Matthew Partacz said. “We are proud to be a part of that, and if the tigers were to go extinct, disappear, that will be a little piece of us that we would all be missing.”

On Thursday, March 26, Towson’ Tigers for Tigers club hosted a welcome party for the women’s RIT cross-country runners when they arrived on campus, in order to raise awareness for their “Tiger Trail” run.

“Tiger Trails caused a lot of media attention and positive energy from all the schools involved,” Chelsea Connor a member of Towson’s Tigers for Tigers club, said. “It really showed our students and schools that we take our mascot seriously.”

At the welcome party there was food, music and a group of students and friends on Paws Patio to welcome the girls, according to Connor. As part of the event, everyone also walked over to the tiger statue by the College of Liberal Arts building to take pictures.

“Towson’s chapter of Tigers for Tigers got involved because this event combined things we love, tiger awareness and athletics,” Connor said. “We are always interested in finding ways to support tigers and support students … this unique event showed just that.”

The run was created by a group of girls who were part of both the Tigers for Tigers club and the cross-country team at RIT.

“We just want people to know that, yes, tigers are going extinct, but look at us a bunch of tiger schools, we may not know each other but we all feel the same way about the cause and we are able to work together,” Partacz said.