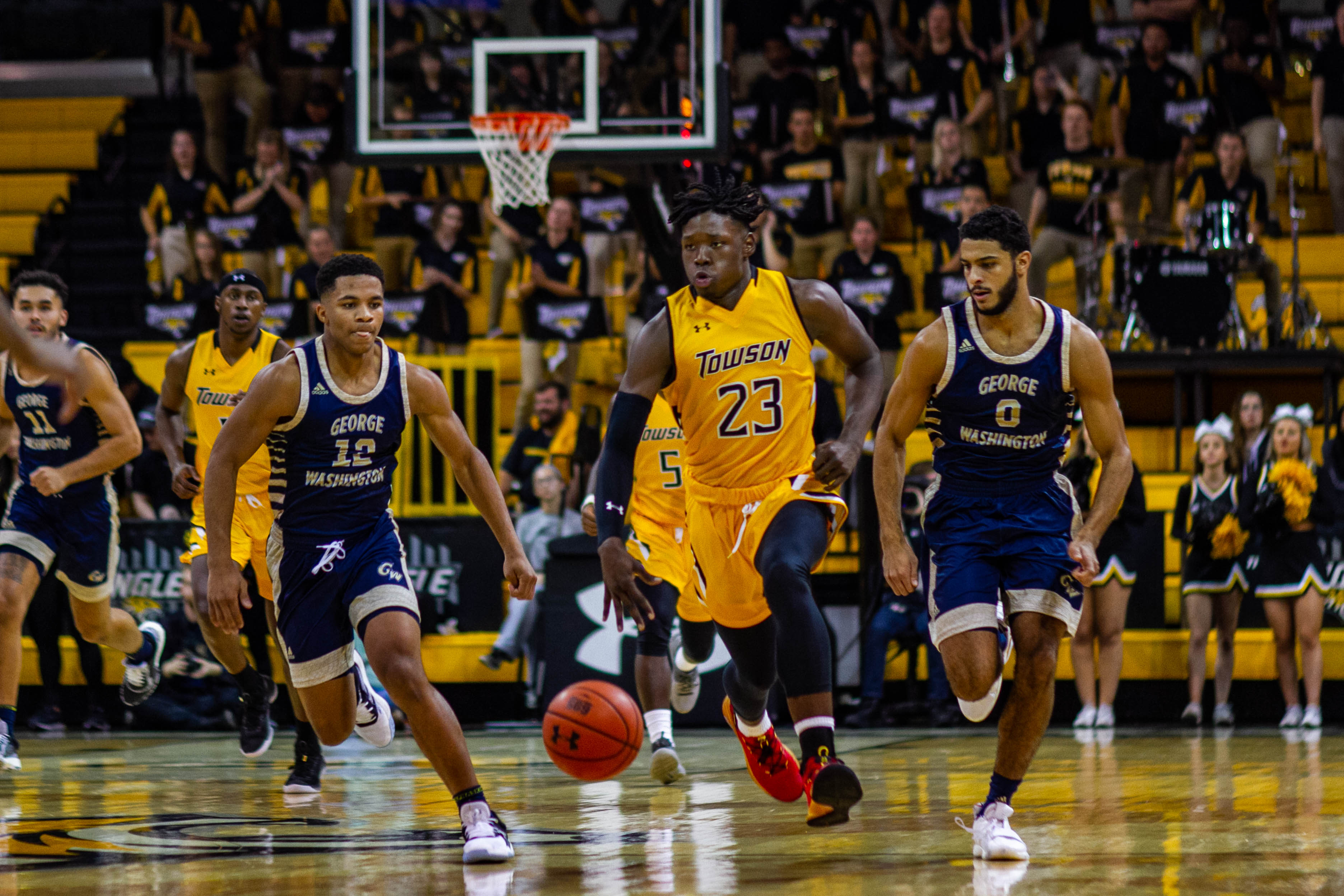 An offensive explosion occurred inside SECU Arena as Towson rolled to a 100-31 victory over Bryn Athyn College on Friday, Nov. 8. The Tigers (2-0, 0-0 CAA) had four players in double-figures and hit the century mark for the first time since 2013.

“I liked our guys’ energy especially on the sidelines and our unselfishness, which I think is going to be a trademark of this group,” said head coach Pat Skerry in an interview with Towson Sports Network. “It’s a good group of guys to be around. I can’t say that enough, but they understand that we have a long way to go.”

The shooting efficiency in the first half was key for Towson, shooting 63.4% and 55.6% from 3-point range.

Freshman forward Charles Thompson finished one point shy of a double-double while grabbing 17 rebounds in the win. Thompson’s rebounding efforts placed him within the top 10 for single-game rebounding performances in Tigers history.

“My teammates have done a great job of helping me get involved,” said Gibson. “I’ve been doing everything I can to get my other teammates involved as much as I can but vI can shoot too.”

The 69-point victory is the largest margin since Skerry took over as head coach in 2011.

Towson made the most of its first season opener at home since 2013 with a 72-58 win over George Washington. The Tigers earned their first win over the Colonials since 1981, snapping a nine-game losing streak to the Washington, D.C. school.

“It was a good win over a good Atlantic-10 team who is very well-coached,” said head coach Pat Skerry. “I really like our group despite being so banged up, but it is a different team in terms of unselfishness and ball movement.”

Gray, in his first competitive basketball game in 594 days, led Towson with 19 points coming off the bench. Gray, Gibson, who was also making his Tiger debut, contributed to 30 Towson bench points.

“It felt good, all the hard work that I put in last season and this offseason is starting to pay off,” Gray said.

A balanced team effort was the key to success for the Tigers as four players scored in double figures, including a career-high 18 from sophomore guard Allen Betrand and 12 from senior guard Brian Fobbs. Betrand credits the offensive improvement to better ball movement from newcomers such as Gibson.

“Our point guards are really moving the ball and last year we didn’t buy in and that’s why we lost,” said Betrand. “This year everybody is buying in and everybody is playing together as a team.”

The turning point in the game was a 13-2 Towson run in the final 3:31 of the first half to give the Tigers a 32-23 lead heading into halftime. Betrand, who also set a career high with 15 shot attempts, scored eight points during that run.

“I wanted to show my hard work and show everybody that I could score the ball,” Betrand said. “I think the first year, [Skerry] didn’t trust me very much because I was a freshman. But now he sees what I can do. I can do it all.”

George Washington would get as close as six points in the second half before Towson pulled away for good.

Intensity and pressure on defense were key to holding the Colonials to under 40% shooting in the game. The Tigers forced turnovers four turnovers in the game’s first three minutes.

“We always pride ourselves on being a good half-court defensive team and it starts there for us,” Skerry said. “I think the other thing I hope I’ve done better as a coach is the better our offense runs, the easier it’s going to be for our defense.”

George Washington would finish the game with 15 total turnovers, which Towson scored 17 points off of.

The win was the Tigers first in a season opener since they started the 2016-2017 campaign with a 67-61 victory at George Mason.

“I couldn’t get our group to win close games last year,” Skerry said. “We’ve started by changing some things offensively and we implemented and worked on it and we’re in a decent place right now.”

Following Towson’s Monday night game against Kent State, the next game for the Tigers will be Thursday, Nov. 14 against the University of Florida. The game can be seen on ESPN2 at 7 p.m.

“We’ve got a whole lot of challenging games coming,” Skerry said. “We got to keep getting better so hopefully we’re talking about getting somewhere we hope to get to.”

Towson’s next home game isn’t until Dec. 10 when the Tigers host the UMBC Retrievers at 7 p.m. at SECU Arena. 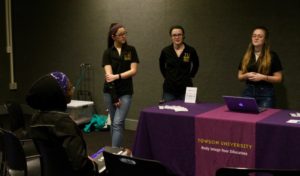