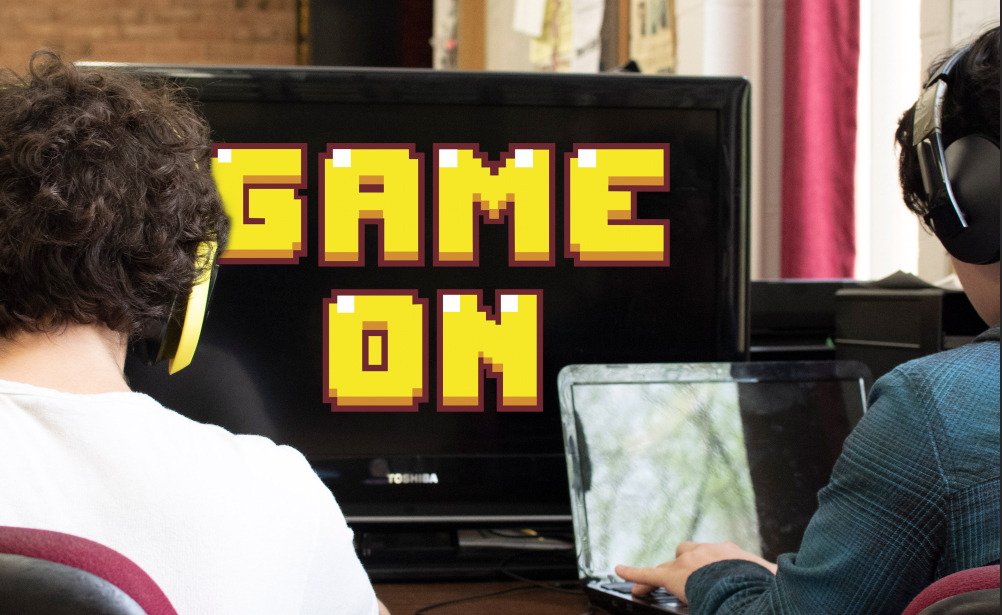 Playing video games is a leisurely activity to engage in after a long day. But for those who compete in esports, it is a livelihood.

Towson University students who are members of the Towson Esports League may not yet be getting sponsors like some of the top professional players who receive billions of dollars to play. But, they are able to practice together and bond over their shared interest in gaming.

Michael Bearer, a Towson senior and president of the Towson Esports League said, “Each game is different. It’s about getting everybody together, going into a custom game without anybody else in it, talking about things and working on team play.”

Bearer is helping to relaunch the SGA-affiliated student group after the group “fell to the wayside” a few years ago.

The group currently has 39 members on the application Discord to chat with each other while gaming. Bearer said the group is flexible about what games they play.

“If someone wants to start a CS (counter-strike): Go team,” Bearer said. “We’re more than willing to do that, we just have to have enough people. We’ll go into any game we can.”

Popular games in the esports community include Overwatch, League of Legends, Dota 2 and Hearthstone, but there are still many other games the community plays in competitions. Towson’s league has two teams, currently: a Hearthstone team and an Overwatch team.

What sets collegiate esports aside from the standard college athletics program is the money.

“We can compete in other tournaments and win cash prizes instead of just scholarships,” Bearer said.

Dota 2’s 2018 tournament, known as “The International,” featured a first place prize of more than $11 million. The total cash prizes exceeded $25.5 million for the top 18 teams.

Twenty-seven million people watched the 2014 championship tournament for League of Legends, according to the June 22, 2015 issue of ESPN The Magazine.

Nearby universities also have their own esports leagues. In February of 2018, Stevenson University opened its new student activities space on its campus, including a new home for its Esports club — a state of the art Esports suite outfitted with gaming chairs, 25 custom gaming PCs with 144hz monitors, a flat-screen TV and a projector.

Stevenson’s esports suite may sound like a pipe dream for Bearer, but he is hoping to one day have a space to practice on Towson’s campus.

“Our end goal is a space for us where CPUs are provided,” he said. “At the end of the day, esports has a threshold that you need to meet. One of those things is a capable PC. It would be great if the school could provide that so somebody who isn’t sure if they’re good enough can get a shot on a computer that we use.”

UMBC, too, has an esports league on its campus. The group has over 300 members on Facebook and has been invited as guests to the finals of the Collegiate Starleague, the world’s largest collegiate gaming organization.

The UMBC league has had alumni such as Maria Creveling in the League of Legends Championship series. Creveling was the first female professional player in this series for the team “Renegades.”

The University of Maryland (UMD) has not shied away from the esports scene either, with 1,421 members on their Discord page. Their team made it to the national quarterfinals of a tournament on the Big Ten Network in 2017, with players winning $5,000 worth of scholarship money each just for participating on Maryland’s team.

Vice President of the Towson Esports League and Towson junior Josh Finkelstein said he’s enjoyed esports for the past few years due to its uniqueness.

“It’s cool, because it’s different from sports where sometimes you sense there are real rivalries, it’s more like everyone’s like having fun, but they’re having fun on a fun, competitive level,” Finkelstein said.

Finkelstein also said that the reboot of the club left members feeling hopeful. He said that “we opened it and emails [were] just pouring in” and that 20 people joined the league’s Discord in only the first week with little branding and marketing thus far.

“We’re just at the beginning, Finkelstein said. “I just wanted to put out a feeler to see if it’s going to catch or anything… and people were like, ‘Yeah let’s do it 100 percent.’ And there’s some good players too.”

Finkelstein is also trying to set up an official Tespa chapter for Towson’s league. Tespa is a collegiate American esports organization.

“That’ll help us with events, give us a lot of ideas, and back us to help us make more of a more solid, real team,” he said. “It can draw more people and interest. I want to help the school as much as I want them to help us. There’s over 100 schools that are registered under Tespa and having that for Towson is a good selling point.”

Finkelstein also wishes to one day have a space dedicated to esports on Towson’s campus.

“We’re at a good point where I want to take it to the school and really see what we can do with that, see if we can get our own space, get our own computers, have our own events with it.”

Although no specific plans for an esports lounge are in the University Union’s renovation plans, Towson University President Kim Schatzel acknowledged the satisfaction of playing video games growing up.

“I am outstanding at Pac-Man,” she said. “Not good. Outstanding. I spent many a quarter when I was in college on Pac-Man. So I would say Pac-Man is my game.”

Towson freshman Zac Soper sees esports as a good way to get to know people with like-interests and is surprised with how lucrative it is.

“On one hand, I think it’s kind of ridiculous that people who sit and play videogames can get paid that much money whereas working-class citizens bust their butt from 9 to 5 don’t make as much money,” Soper said. “But also, if you’re able to franchise off of your hobbies, I’m just coming from a place of jealousy because that would be awesome if something you really like and you do for fun can make you that much money.” 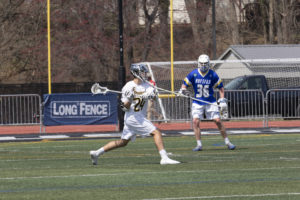