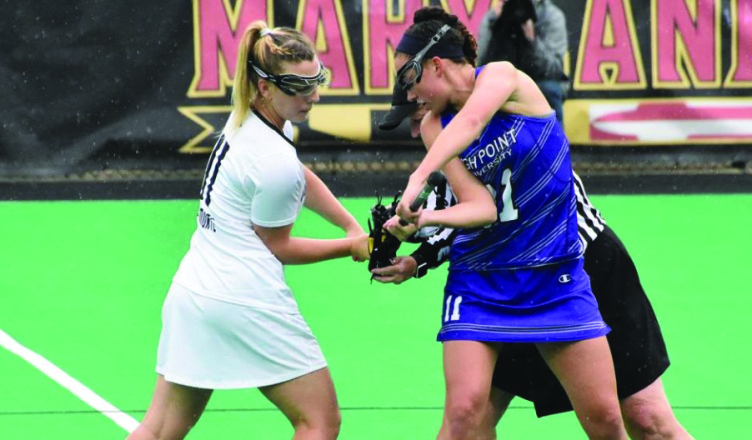 Towson f ell 21-15 to unranked High Point in the opening round of the 2017 NCAA Tournament Friday afternoon at the Field Hockey and Lacrosse Complex on the campus of University of Maryland, College Park.

The game was even in the opening minutes. Each team scored a goal and the game was tied 1-1.

The Tigers then scored four of the next five goals to make it a 5-2 game with 12:42 left in the first half. During the run, junior midfielder Kaitlyn Montalbano recorded two goals and an assist.

However, High Point freshman midfielder Ashley Britton scored a goal with 10:13 to go in the half and the momentum quickly shifted.

High Point went on an 11-0 scoring tear that spanned the first and second halves and gave the team a 13-5 lead with 22:45 to play in the game.

Towson struggled to regain momentum over that stretch, but ended its scoring drought when junior midfielder Emily Gillingham scored off a feed from sophomore attacker Natalie Sulmonte with 21:41 to go in the contest.

High Point snatched control of the game for good when the team scored the next five goals which extended its lead to 19-12 with 10:17 left to play.

Towson attempted another rally when senior attacker Samantha Brookhart and sophomore attacker Carly Tellekamp scored back-to-back goals to make it a 19-14 game, but High Point scored two of the final three goals to seal the 21-15 victory.

However, the team will return four of its top five leading scorers and freshman defender Olivia Conti, the CAA Defensive Player of the Year in 2017.