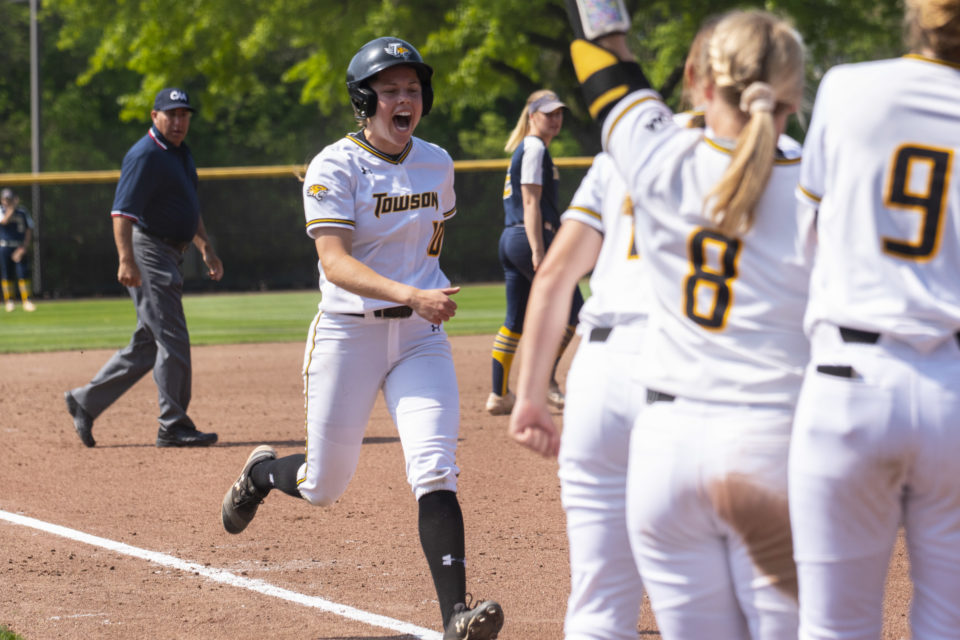 “We competed, but I wish we had better results,” said Head Coach Lisa Costello. “Unfortunately, we weren’t able to finish the game against Drexel.”

Facing elimination against Drexel, the Tigers took the lead with a home run by senior utility Nicole Stockinger in the second inning. Stockinger tied the school record with her 15th home run, matching her total from last season.

The next four innings saw each team record one hit before the Dragons took the lead in the seventh. The winning run came off a bunt that Towson couldn’t scoop in time, as Drexel took a 2-1 lead. In the seventh inning, a pop out to second base left the tying run on base and ended the Tigers season.

“Our defense was amazing in all four games against Drexel, their kids really executed the bunt, it was perfectly placed,” Costello said.

Against Elon, the Tigers only had two hits through three innings before the Phoenix pulled away in the fourth. A home run brought home the first run, then three straight batters were walked with the bases loaded to each bring home a run. Elon hit another home run in the fifth inning to take a 6-0 lead.

“Our bullpen generally has good command, we’re usually able to get out of the inning,” Costello said. “Elon is a good hitting team and they took advantage of our mistakes. We were really hurt by walks in that game.”

Towson got on the board in the sixth inning via sacrifice flyout and went down in the seventh on a double play and flyout to end the game.

In three innings, sophomore pitcher Melissa Abrahamian (8-8) allowed three hits and five runs. Johnson also pitched three innings but only gave up one run and one hit. Junior utility Jessica Swistock went 3-3 and scored the only run for the Tigers.

“We had 11 freshman who gained extremely valuable experience,” Costello said. “They stepped up when we needed them to and our upperclassmen carried us the second half of the season. We had a ton of must win games to get into the tournament. I’m excited for the ability to see our team improve going forward.”

Previous post The Boston Bruins are being overlooked for some reason