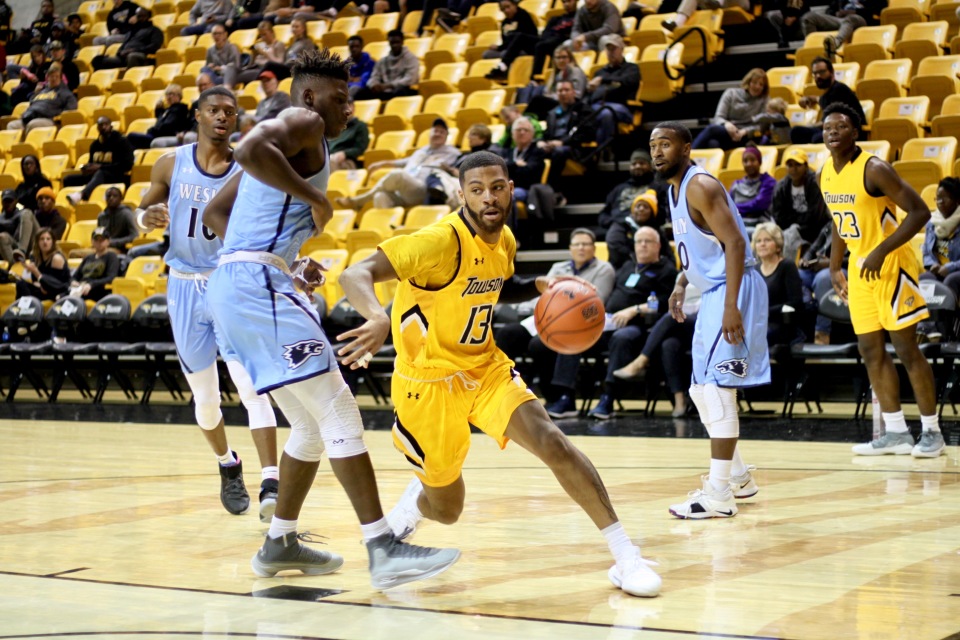 The crowd gets on their feet in Towson’s 93-66 win over Wesley Sunday afternoon at SECU Arena as freshman guard Nicolas Timberlake rises up and slams home an alley-oop from junior guard Tobias Howard Jr..

The Tigers (1-1) were in control of the game from start to finish as they never surrendered the lead at any point in the game.

Redshirt freshman guard Quinton Drayton recorded a career high 21 points off the bench and led the team in scoring in just 13 minutes of action.

“I think we are still a work in progress; but, I was really impressed with Quinton tonight,” said Head Coach Pat Skerry. “He didn’t get the minutes he wanted last game, came back with a couple good practices and now he has given me something to think about.”

Four other players were able to reach double figures in scoring, including redshirt junior forward Nakye Sanders with 13, freshman forward Solomon Uyaelunmo with 12, Howard with 11 and Timberlake with 10.

“I knew we were much bigger than them especially at the guard position, so I tried to use my size as an advantage,” Drayton said. “I knew If I caught the ball and shot in rhythm, then they probably wouldn’t really be able to bother my shot.”

Skerry played all 12 active players in the blowout and each player recorded at least two points or one assist. It’s a good sign to see from the team as they continue to build chemistry together while integrating nine new players.

“I have been impressed with how the players have competed and I’ve been very proud with the amount of time they get in the gym on their own outside of practice,” Skerry said. “It’s by far the best group we have had with that.”

Next, the Tigers compete in the three-game Island of the Bahamas Showcase this week, beginning with Pepperdine on Friday, Nov. 16. Tipoff at Nassau is set for 8 p.m. 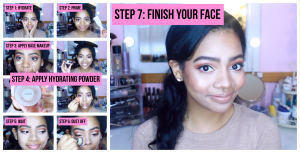