Towson managed to snap a four-game losing streak with a victory against Saint Joseph’s, 76-64, in the seventh-place game of the Gildan Charleston Classic at TD Arena.

Head coach Pat Skerry was pleased with his team’s performance after the win.

“I am proud of the guys with the way they responded against Saint Joe’s, an Atlantic-10 team with rich tradition, who has already beat UConn,” Skerry said.

For the first time in program history, the Tigers defeated the Hawks with their stellar defense swarming all over the court. Towson led by 20 points with under three minutes left and never surrendered the lead.

The physicality on defense forced plenty of rushed shots by Saint Joseph’s causing them to shoot 36.8% from the field. The Tigers have held four opponents, including two consecutive games, to shoot under 40%.

“We have about nine guys and any of them can start or finish games,” Skerry said. “The big thing to me is that we made shots when our ball movement was better. We are a team who will take more threes and I think eventually will shoot it pretty well.”

Redshirt junior forward Juwan Gray provided a huge lift off the bench with a team-high 14 points. Sophomore guard Allen Betrand scored 13 points while sophomore guard Jakigh Dottin posted 10 of his 12 points in the second half.

Towson’s defense was not the only impressive output in the win over Saint Joseph’s. The Tigers made a season-high 10 3-pointers while all nine of Towson’s players who entered the game scored.

“Our defense carried us, but we had really good ball reversals and we knocked down shots which will be a sign of things to come as we start to get guys back healthy.” Skerry said.

The Tigers fell to Buffalo, 76-73, despite 22 points from Fobbs and a double-double from redshirt senior forward Nakye Sanders in a consolation game of the tournament.

Sanders was inserted into the starting lineup for the first time this season and he certainly did not disappoint his team nor Towson fans. Sanders stuffed the stat sheet as he put forth his best performance of the season with 16 points, 12 rebounds, and three assists. He also contributed three steals, and two blocks.  This was the second straight game Sanders recorded 10 or more rebounds.

The Tigers were in good shape to win the game after leading by nine points on two separate occasions and holding the lead for over 25 minutes in the game. However, the Bulls forced four Towson turnovers while controlling the offensive glass leading the comeback.

Buffalo scored six points in 15 seconds with under two minutes left, and sophomore forward Josh Mballa’s tip-in gave the Bulls the lead with 23 seconds remaining in the game. Buffalo was able to capitalize on 22 Tigers turnovers which led to 26 points.

Towson stumbled losing 73-51, in a very physical matchup against no. 18 Xavier in the first round of the Charleston Classic.

“Xavier is good and to beat a team like that, you have to shoot an incredibly high percentage from three and the foul line,” Skerry said. “We didn’t do that, but they had a lot to do with that.

The Musketeers were just too tough and physical on the defensive end for the Tigers. Xavier held Towson to 30% shooting from the field and 25% from 3-point range while out-rebounding the Tigers 45-32.

“I thought Xavier was really good coming in and they don’t give you a lot of easy buckets. They don’t turn it over much,” Skerry said. “They’re hard to score on and have good length. They’re a physical group and it reflects with their defensive numbers.”

“We just have to learn from our mistakes and execute better,” Sanders said. “Xavier is a great team, but we were right there with them. The result is not what we wanted, but we know that this experience will make us a stronger team once we start playing conference games.”

Despite the blowout, the Tigers were able to put together a couple of highlight plays for the fans watching on ESPNU. Gray was featured at number four on ESPN’s SportsCenter Top 10 Plays with a crossover making a Musketeers defender fall before rising up for a jaw-dropping baseline dunk. Dottin capped off the first half with a half court buzzer beater to cut the Xavier lead to 11 going into halftime.

After Towson’s game against Cornell was canceled due to inclement weather, the Tigers travel to Morgan State on Wednesday, Dec. 4 followed by a visit to Vermont on Saturday, Dec. 7. Both games will tip-off by 7 p.m. 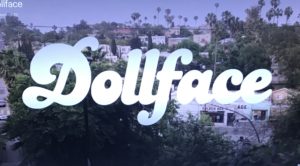