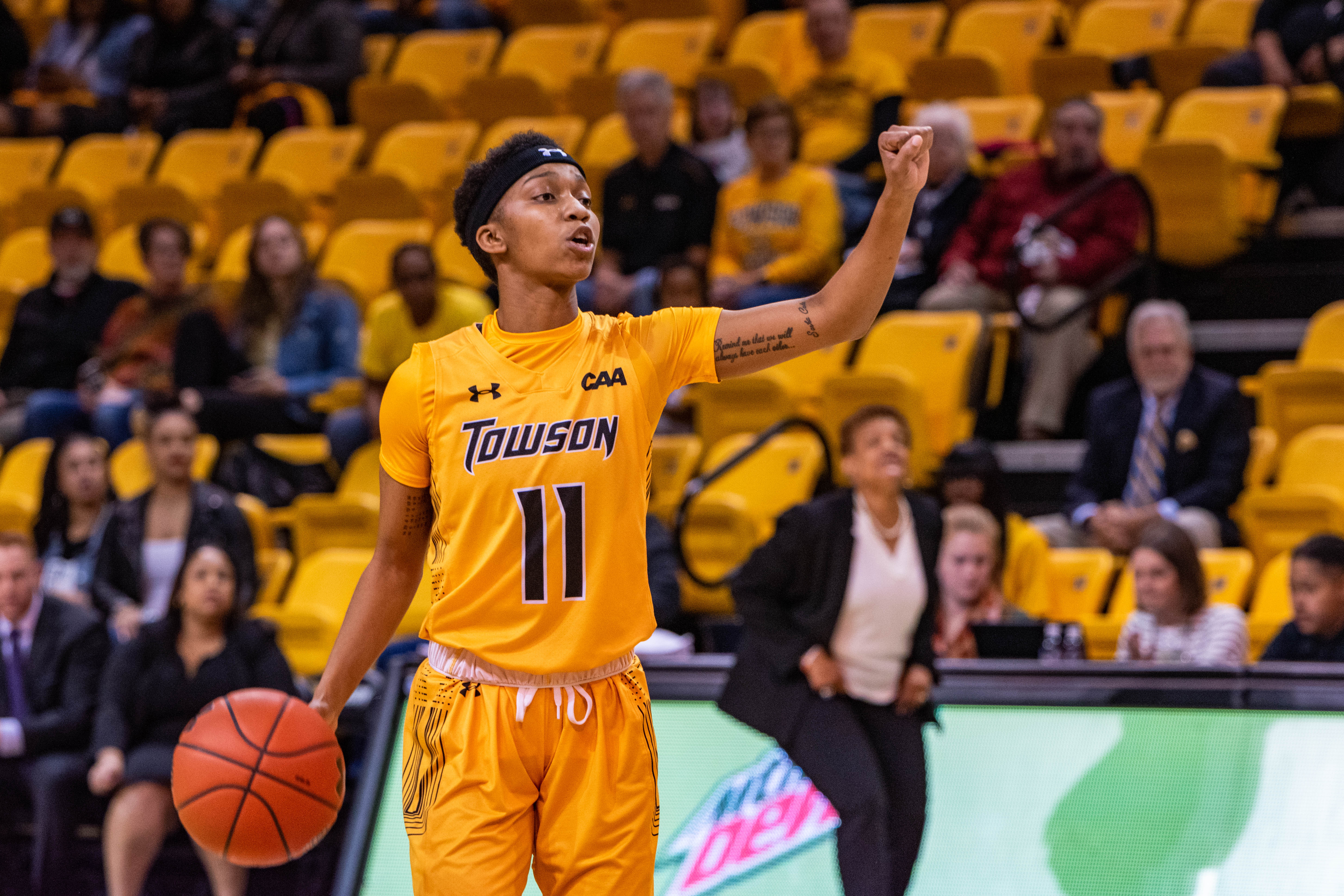 The Tribe scored 26 points in the paint in the first half while holding the Tigers to eight in the first quarter. Senior forward Victoria Reynolds was the main benefactor, scoring 17-points at the half in addition to four assists.

“I gathered them just before the second half and said listen,” Richardson said. “We can’t be last year’s team. We do have a target on our back and people have seen us on film. So we gotta do the extra stuff. We can’t take the same road we took to the championship last year.”

The Tigers responded better in the second half, outscoring William and Mary in both quarters. Towson cut the deficit to as close as 73-70 with three minutes left in the fourth quarter after a Mayo layup. but then the Tribe brought it back to eight with a three pointer and a pair of free throws.

This is not the same team as last season, and Richardson wants to see her seniors step up as leaders on and off the court.

“We got five seniors on our team,” Richardson said. “As a matter of fact we left them in the locker room to talk about that, let the seniors talk. They came back a different team in the second half.”

It looked like the Tigers had one more run in them after cutting the deficit to four with a minute left but it may have been a case of too little too late. William and Mary executed late and closed the game out at the free-throw line.

Towson opened CAA play against the Elon Phoenix with a 74-61 defeat. Jeter provided instant offense in the first half, scoring 19 points, including three 3-pointers.

“Today’s game just was not our kind of game,” Richardson said. “We just didn’t play and you know Elon’s a great team but I think they out hustled us and we just sat back and didn’t really play Towson basketball.”

Despite Jeter’s first-half start, Elon (6-7, 1-1 CAA) prevented Jeter from converting a field goal in the second half, and her only points came off two free throws. In the second half the Phoenix outscored the Tigers by a 44-29 margin. It started off with a 3-pointer to give Elon their first lead since the opening points in the first quarter.

“I think I was slowing myself down,” Jeter said. “I think we thought we were better than we were, they were out hustling us and it’s our fault.”

The Phoenix never looked back on the lead, and anytime Towson closed in on the deficit, Elon responded with a timely bucket or a big stop. The Phoenix dominated in the second-chance points category at 16 points, while also collecting 15 offensive boards. Both of these were twice as many as what the Tigers could produce.

“We don’t play like that,” Richardson said. “Elon took advantage of that. The ball comes off, we don’t get it, and then they get a second effort ‘cause we didn’t really try to get the ball.”

The closest that Towson got to tying or retaking the lead was after sophomore wing Myasia Jones, who scored 11 points in the game, connected with fellow sophomore wing Shavonne Smith to bring the game to a one-game possession.

In response, Elon reeled off a decisive 7-0 run and built up their largest lead up to that point, 66-55, after a pair of free-throws. The Tigers cut the deficit to eight points after Murray split a pair of free throws but the Phoenix lead went back up to double-digits with a late layup.

Towson returns home to SECU Arena for a non-conference matchup with Chestnut Hill. Tipoff is scheduled for Wednesday, Jan. 8 at 7 p.m. 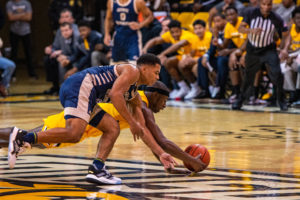