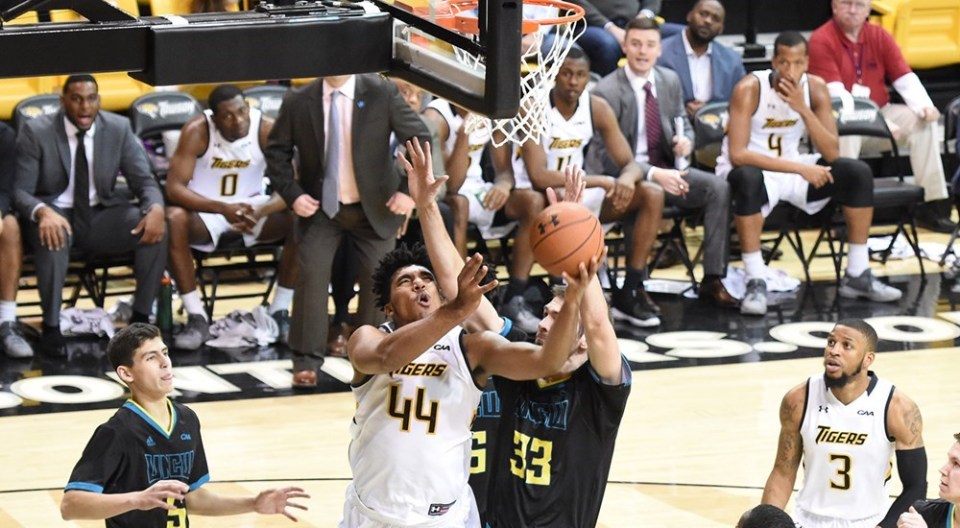 The first half was a back-and-forth affair as both teams exchanged jump shots throughout the entire period. The Tigers went on an early 13-2 run, but the Seahawks responded with scoring contributions from several players.

Sophomore guard Zane Martin led all scorers at halftime with 10 points, as Towson took a 36-31 lead going into the break.

The second half mirrored the first as both teams battled tightly throughout the period. Martin hit two clutch free throws to give the Tigers a three-point lead with just under a minute remaining. Redshirt sophomore guard Ty Taylor cut the deficit to one with a quick layup on the other end.

UNC Wilmington fouled in order to get the ball back, and Towson struggled to convert on its free throws. Senior guard Deshaun Morman went one of two from the stripe in the final seconds to give the team a 61-59 advantage, but he committed a foul on the next defensive position, and the home team hit two free throws to send the game into overtime.

“It’s not like we don’t have guys that have been through the war,” Skerry said. “Our focus has to be better.”

Martin continued his strong play in overtime, hitting two consecutive jump shots early in the period to keep the game tight. Towson held a 70-67 lead following a thunderous dunk from Morman with just under two minutes left to play.

The Seahawks cranked up the intensity on defense in the last few minutes, switching to a half court trap in order to force errant passes. The Tigers did a good job of moving the ball and breaking the trap, but an ill-timed turnover late in overtime combined with several missed jump shots led to their defeat.

The Tigers hope to focus on late game awareness this week in order to prevent another loss like this.

“As we get to practice this week, we’ll work on some situational stuff in hopes of improving in that area,” Skerry said.