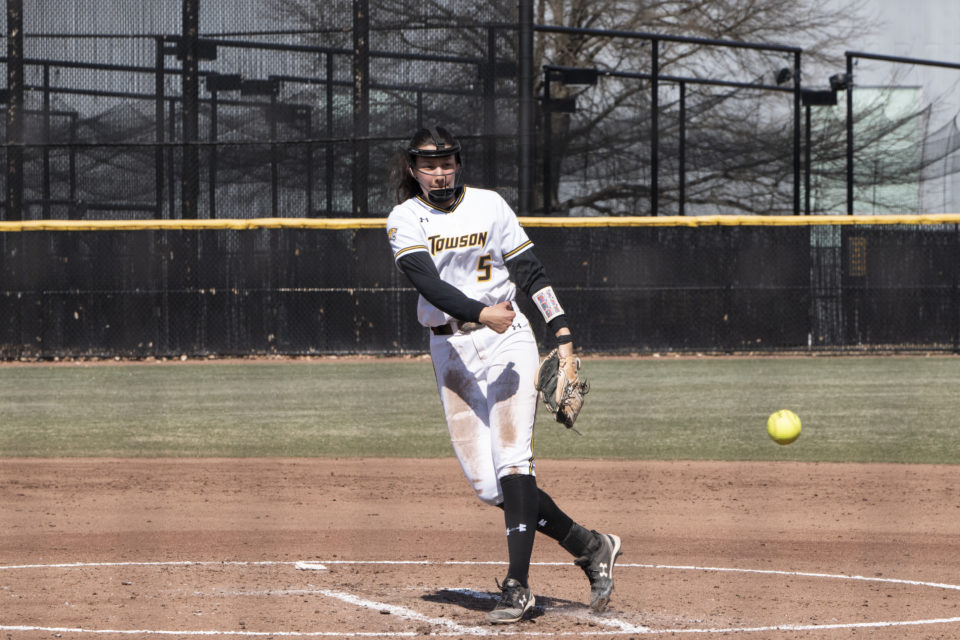 The Tigers returned home to the Tiger Softball Stadium for the first time in 11 days for a three-game weekend series with No. 16 James Madison.

The Tigers looked to prevent a sweep on Sunday and played their best game of the series, taking the game to the ninth inning with no score by either team. James Madison totaled 10 hits, but were held at third base three times before the ninth.

Towson was retired in order the first four innings before freshman pitcher Breanna McDowell got the Tigers the first of two hits in the game. In the seventh, junior pitcher Julia Smith-Harrington hit a low double to center field that got the bench and crowd into the game.

Freshman third baseman Chloe Poulich battled the pitcher, hitting three straight foul balls on a 1-2 count before striking out on a high pitch to end the inning.

James Madison began the ninth by loading the bases thanks to a walk and two consecutive bunts.

“We expected them to bunt and we thought we had a shot of getting the lead runner and keeping them out of the big inning,” said Head Coach Lisa Costello. “It’s a high-risk high reward play.”

A base hit brought two runners home for the first runs of the game. James Madison added four more runs to build a 6-0 lead that proved to be insurmountable.

Looking to even the series, the Tigers continued to struggle at the plate, being held to one hit as it was all James Madison in game two.

The Dukes scored all four of their runs in the first two innings while their pitching shut the door on Towson. Nine Tigers were held without a hit, marking the third shutout for Towson in its last ten games.

“We went to Mel and she did a really good job,” Costello said.

Redshirt junior Ashley Cruise finished the game in the seventh and retired the Dukes in order. Towson scored one combined run on Saturday.

In game one on Saturday, the Tigers took a 1-0 lead in the third inning off a fielder’s choice to put freshman outfielder Nicole Kidwiler on base while Jackson scored.

The Dukes responded the following inning with a two RBI base hit to center field. James Madison added to its lead in the sixth with a double to bring both runners home. With a 4-1 lead, the Dukes’ next batter brought home the runner from second to extend the lead to 5-1 in the seventh.

The Tigers used three pinch hitters in the bottom half of the inning, but couldn’t produce as James Madison closed the game out, 5-1.

“I thought our pitchers pitched well,” Costello said. “They are just a really good hitting team.”

The Tigers continue their home stretch on Wednesday, April 3 with a double-header against Morgan State, starting at 2 p.m. 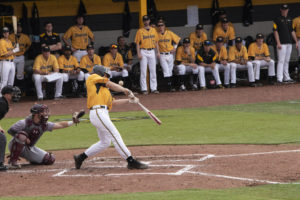