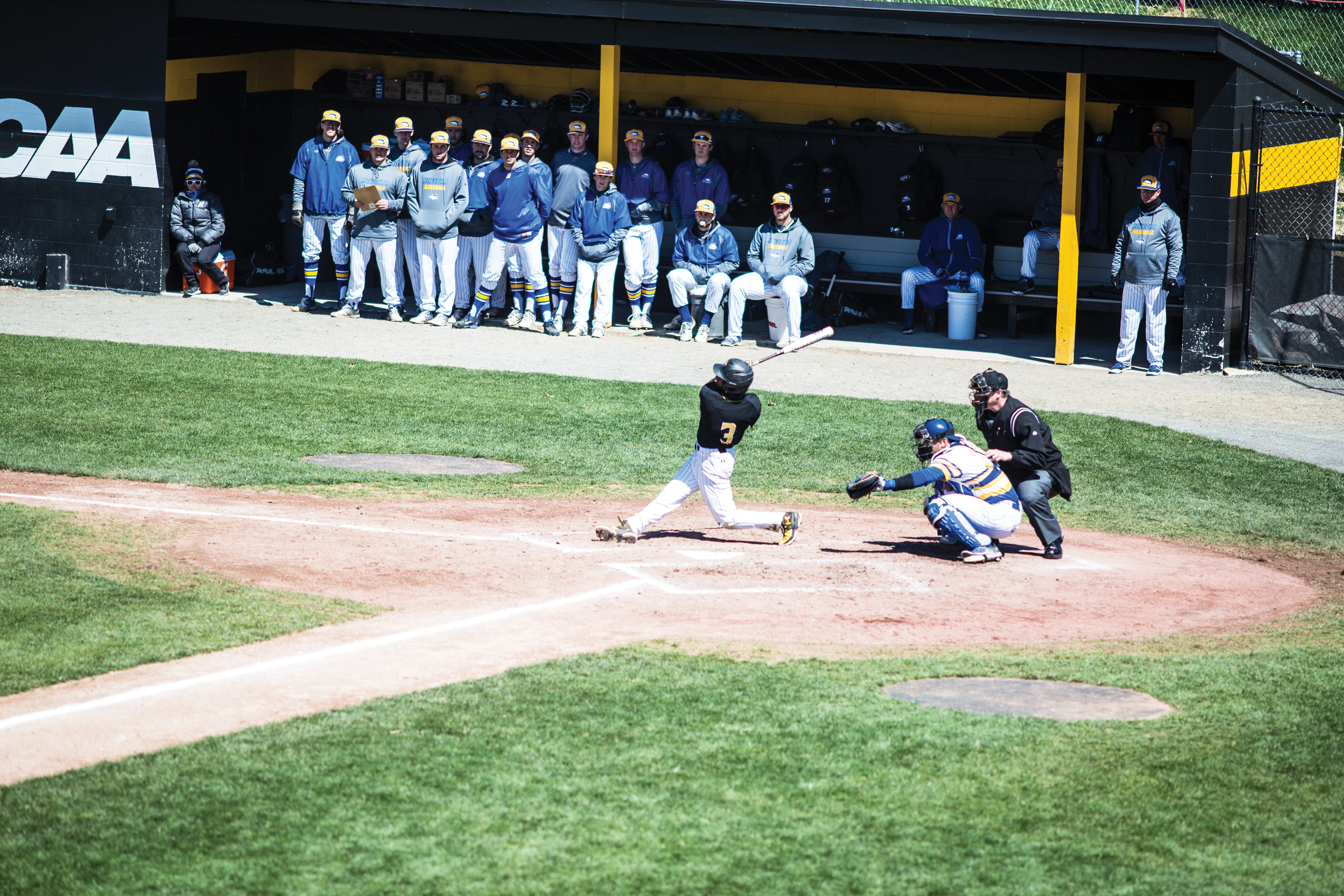 Towson capped off its series against Colonial Athletic Association (CAA) rival Hofstra with a 4-2 victory Sunday at Schuerholz Park.

Head Coach Mike Gottlieb called his runners over for a quick discussion about a planned play.

“We were just letting them know [the plan] if Hofstra had taken a visit to the mound,” Gottlieb said. “We used that time so there was no doubt about what we were going to do.”

Junior center fielder A.J. Gallo laid down a bunt toward third base which resulted in an out, but allowed junior shortstop Brady Policelli and redshirt junior designated hitter Chris Henze to each advance.

A wild pitch followed, which resulted in Policelli scoring the final run of the game.

Each team had to deal with inclement weather Sunday that included winds up to 20 mph. Minor adjustments were made to keep the weather from getting the best of the Tigers.

“If you’re a power team it makes it tougher,” Gottlieb said. “The wind wasn’t helping anyone drive the ball. It’s probably one of the reasons why we bunted when we did, because to think you’re going to get a long ball there is against the odds.”

Policelli went 2-for-3 at bat with one RBI and two runs scored. Henze registered only one hit but it was an RBI. 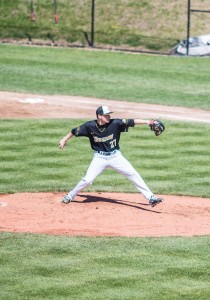 Senior Lee Lawler was credited with his second save of the season after not giving up a run in 1.2 innings.

Despite the loss, freshman second baseman Richie Palacios had an impressive day going 2-for-4 at the plate with two RBI and one run scored.

Towson’s offense was firing on all cylinders and led the team to a 15-4 victory Friday.

“That’s an abrasion,” Gottlieb said. “It’s nice to think you’re going to do that every game but it doesn’t happen. Everything worked right and we had a lot of guys swing good that day. It’s just the way it works.”

Gallo went 3-for-5 with five RBI and two runs scored.

Freshmen Trey Martinez had a strong day going 2-for-4 with a homerun, two runs scored and two RBIs.

Martinez wasn’t the only player to hit one out of the park as Henze delivered 1-for-3 at the plate including three runs scored and two RBIs.

“We still have a lot of young guys learning the game,” Gottlieb said. “We’re getting some positive things from Martinez, [Richard] Miller and [Jay] Sanford.”

The Tiger’s victory Sunday marks its eighth win in the last ten games.

The team will look to extend its hot streak at George Mason on April 6, with the first pitch scheduled for 3 p.m.

“Today would not have necessarily been indicative of it but we’ve been playing better defense,” Gottlieb said. “When we got off to a bad streak we were playing bad defense. Our pitching has been a little better, too.”