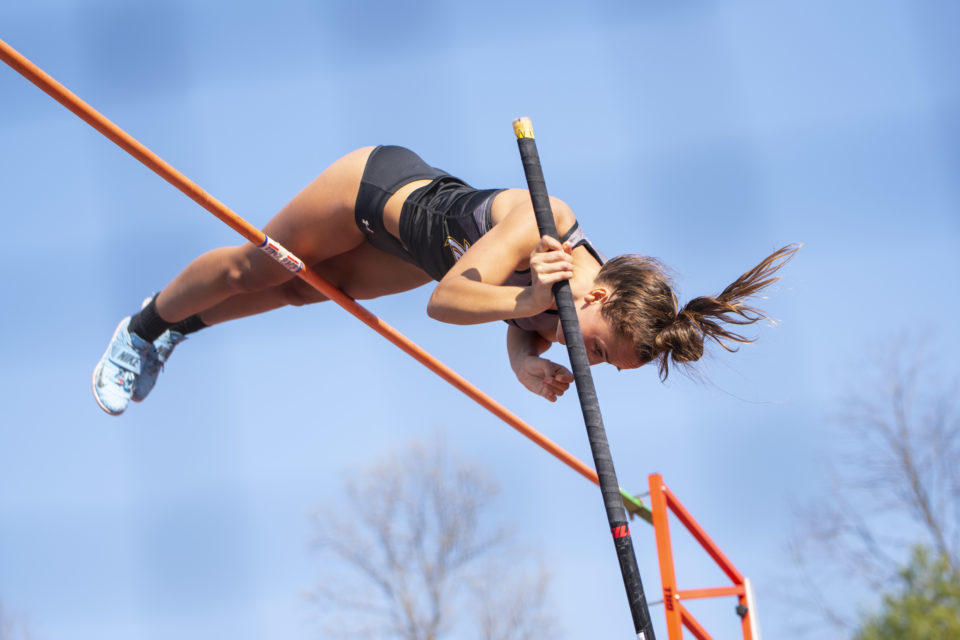 The Tigers won the Towson Invitational with 219 points at Johnny Unitas Stadium on Saturday morning.

The field and throwing athletes put on strong performances.

“One thing we discussed was the fact that April was going to be our best month,” said Head Coach Mike Jackson. “Typically, because we have such a young team, it takes a lot of time to get to the performance that you really want and I think we are able to accomplish that yesterday.”

“[She’s] just very competitive,” Jackson said. “Honestly, being at home gives you an extra boost, and she definitely did not disappoint.”

Freshman Shamika Burton took second in the 100-meter dash with a collegiate-best time of 12 seconds.

The first place 4×100-meter relay team of seniors Arianna Waller and Liz Reid, Johnson and Burton finished with a season-best time of 46.15 seconds.

“We had a good idea she was going to have a chance to win, and then she was able to set a new school record in the pole vault,” Jackson said. “She continues to get better and better every week.”

Sophomore Shelby Francis was the victor in the 400-meter hurdles with a collegiate-best time of 1:01.50.

Junior Michella Obijiaku won the shot put with a toss of 15.21 meters and took second place in the hammer throw with a personal-best toss of 54.66-meters

Senior Phontavia Sawyer’s throw of 45.10 meters secured first place in the discus throw while her toss of 15.02 meters captured second place in the shot put.

Freshman Georgia Coleman took third with a personal-best toss of 52.31 in the hammer throw.

“Some of them were very memorable,” Jackson said. “The hammer went great. [I’m] seeing the best from Michella Obijiaku and Georgia Coleman, [who] threw a huge personal best and will have a chance to make it to the USA under-20 championships.”

Towson’s next competition is the Johns Hopkins and Loyola Invitational set for Friday, April 12 in Baltimore with events beginning at 10 a.m.

“I think we’ll build on what we were able to do yesterday and move higher and higher up the conference rankings,” Jackson said.