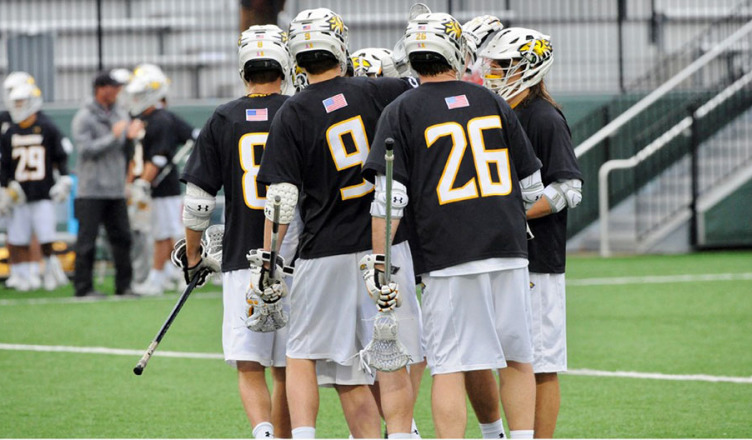 Towson dropped a Colonial Athletic Association (CAA) game for the first time this season 9-8 against Fairfield Saturday at Rafferty Stadium.

“We created plenty of chances, we even had their zone defense spinning a little bit, we just couldn’t finish today,” Head Coach Shawn Nadelen said. “You have to be able to convert chances and stay patient with shots on offense to score enough.”

Midway through the first quarter, Fairfield midfielders Matt Sharpe and Colin Burke scored unassisted goals to give the team a 2-0 lead.

Following the Stags goals, sophomore midfielder Jon Mazza got the Tigers on the board, scoring on an assist from fellow midfielder Brian Bolewicki.

Fairfield closed out the first with a goal on the man-advantage after Towson was flagged for holding. The Stags took their momentum into the second and scored the first three goals of the quarter.

Sophomore attacker Dylan Kinnear got Towson back on track by faking low and going high to score the final goal of the first half.

In the second half, Rodrigues recorded a hat trick just 30 seconds after the draw. However, the Tigers began to mount a comeback in the third when senior attacker Joe Seider found the back of the net to pull the Tigers within five.

Towson senior midfielder Mike Lynch scored the only other goal of the third quarter by putting a shot into the back of the net on an extra man opportunity.

In the fourth quarter, Burke put Fairfield up 8-4  as he fell to his knees and buried a shot. However, Seider scored his second goal of the game on the man-advantage opportunity to make it a three-goal game.

The Tigers tried to rally late, but freshman midfielder Travis Ford scored what proved to be the game-winning goal for the Stags with 4:15 left to play.

Towson hosts No.10 Hofstra Saturday at noon at Johnny Unitas Stadium. The matchup will determine who hosts the CAA Tournament this year as the number one seed.