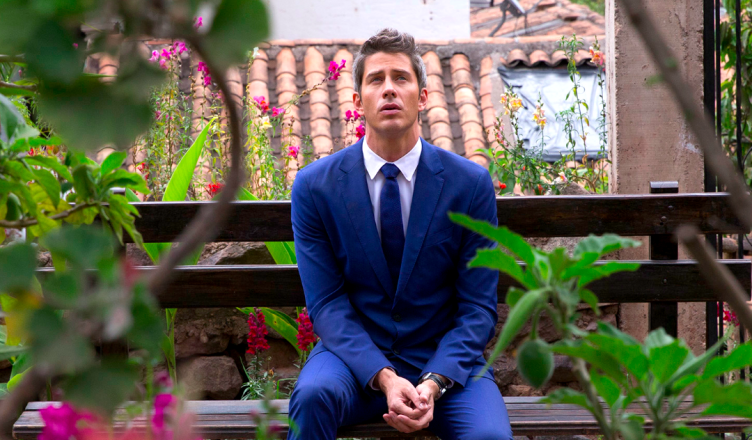 If you haven’t watched “The Bachelor” season 22 finale, first of all, what are you waiting for? But second of all, just know that there are major spoilers in this column if you haven’t seen it or heard about what happened yet on Twitter. You’ve been warned.

If you’ve been watching The Bachelor this season, you know I have a lot of tea to spill. Boasted by Brit + Co as “the most emotional, shocking Bachelor finale ever,” the three-hour finale, which aired March 5, was a lot to take in. And don’t even get me started on the “After the Final Rose” final episode.

Let me start out by saying I have always been the type of girl who thought I was too much of a feminist to watch “The Bachelor.” I never liked the idea of 29 women fighting for the attention of one guy. With that said, one of my guilty pleasures is most definitely watching trashy reality TV, and this show makes for great TV.

Although this is the first time I’ve watched a full season of “The Bachelor” (or any of its franchises), I became invested in watching the journey unfold. After a two-month journey of watching race car driver Arie Luyendyk Jr. date 29 different women in his search for love, I would literally lie awake in bed wondering who the hell Arie ended up with. I gotta admit, I ended up Googling spoilers to ease my curiosities, so the finale wasn’t a particular shock to me. But boy oh boy, did the finale stir up Bachelor Nation. And for good reason.

Host Chris Harrison described the finale as “raw,” “emotional” and “unedited.” And it was. But in case you’re not caught up, let’s backtrack. The finale started with us seeing Lauren Burnham meeting Arie’s family and it seemed to go really well. The family really seemed to have a liking to Lauren. So much so, that when the family saw Becca Kufrin the next day, they kept bringing up Lauren. I felt bad for Becca in this situation.

Although it seemed like the family prefered Lauren, they did also liked Becca and knew Arie liked both women. In fact, he said “I love you” to both women. Which was his first mistake, mind you. Even though Arie’s heart seemed to be leaning more towards Lauren, he kept saying Becca was less of a risk.

Even with the hemming and hawing, while still in Peru, it seemed as though Arie had finally made a decision even though he kept saying he was in love with both women. Finally, he picked out an engagement ring with Neil Lane himself, and the moment we’ve all been waiting for the past two months was finally here. It was time for Arie to make a choice and propose.

Arie told both women that he loved them, and both women thought they are getting proposed to on this day. And that’s only part of the reason Arie is not a very popular man in America right now.

Lauren was the first woman to show up to the romantic desert set-up in Peru. Arie absolutely blindsided Lauren and told her she’s not the one. But even in saying goodbye to Lauren, he told her he loves her?

Listen, if my future fiancé told another woman he loved her minutes before asking me to marry him, I’d be pissed.

But anyway, Becca showed up and Arie promised that he chose her “today and every day.” Becca said “yes” to the proposal (and the HUGE diamond ring). And things seemed happily ever after. Becca was the first date of the show and now she was going to be Arie’s last.

Or so we thought. This is where things started getting even messier. This is where Twitter started blowing up and getting pissed. And honestly, I was right there with them.

Arie lied when he told Becca he chose her every day. I guess he meant only every day for six weeks. We see about 30 minutes of the unedited, emotional, awkward, devastating breakup. It was Arie’s choice to have the cameras there for the breakup, which has been a controversial part of the show. Many think the conversation should have been kept private.

My heart broke for Becca being blindsided like that, and Arie being so cold towards her. Season 22 contestant Bekah Martinez was right. Arie seems like a manipulative guy. When Becca told Arie to leave, he should have left. Instead, he stayed as if he was waiting for Becca to tell Arie what he did was okay. It’s not. I also have to give huge props to Becca for the way she handled everything. I know for a fact I would not have handled that with as much class and dignity as she did.

Either way, the breakup made for a great transition into announcing that after all the heartbreak she went through, Becca would continue her search for love in May as The Bachelorette.

I still can’t believe Lauren would get back together with Arie after having such a messy breakup and for him not choosing her first to begin with. If Arie wasn’t ready to jump right into a proposal with Becca, why would it be such a great idea to jump in a proposal with Lauren? I mean really, what’s the rush?

Even the studio audience didn’t know what to think when Arie proposed on live television. We were supposed to feel happy for Lauren and Arie getting engaged, but it seemed so rushed and forced and it really just made everyone feel uncomfortable and sorry for Lauren and for the situation. I mean honestly, what does she see in him?

All that being said, the best part of the season was during the final episode (“After the Final Rose”), in the preview of a few of the new contestants for The Bachelorette, when one guy (the cute British guy, Lincoln) said “Arie is a wanker.” Pretty much sums up the season. Couldn’t have said it better myself. Bravo.

Can’t wait to tune in in May to see if Becca finally gets her happily ever after. She deserves it.