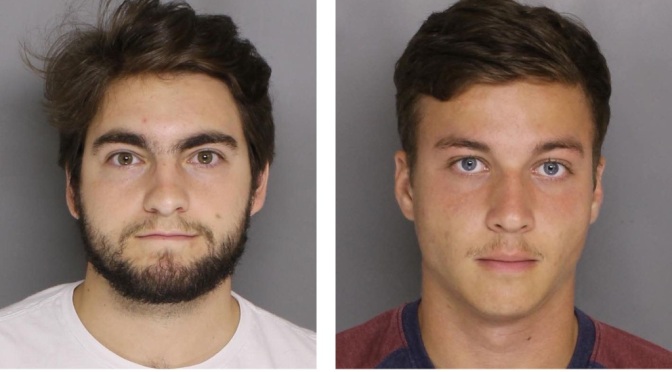 One of the men charged with hazing and reckless endangerment in an off-campus incident last semester was placed on probation before judgment after a bench trial Monday, Oct. 17.

The defendant, Evan Palmer Francis, 21, chose not to address the court. His defense attorney, David Greenbaum, said that Francis was in charge of “risk management” for Towson’s chapter of Tau Kappa Epsilon and he was present at an “initiation” March 31.

The reckless endangerment charge was dropped. Francis faced up to 6 months in jail and a fine of up to $500 for hazing, which is a misdemeanor in Maryland.

Judge Lisa Phelps ordered, in addition to his probation, that Francis have “no contact whatsoever” with the victim, Michael Nanan, 19, so that Nanan could “heal and move on.”

When Nanan addressed the court in his victim impact statement, he said he “I’m just not the same person I used to be.”

Nanan, who apologized for how nervous he was addressing the court, said he used to be outgoing and known for playing rugby.

“I went to bed as the rugby guy,” Nanan said. “I woke up as ‘Bleach Boy.’ My whole life has changed completely. I can’t hang out with my friends.”

Nanan said he had to move off-campus because he didn’t feel safe in his residency anymore.

“I walk with my head down now,” he said.

Greenbaum said that Francis has already completed over 60 hours of community service, is seeking counseling and intends to complete his psychology degree at some point. Francis, the defense said, was suspended from Towson.

According to facts submitted to the court and agreed upon by the state and the defense, the events unfolded as follows: At an initiation ritual for Tau Kappa Epsilon on March 31, 2016, pledges were at an off-campus residence. Pledges were made to “perform strenuous exercise” and “recite knowledge of the fraternity.”

According to Assistant State’s Attorney Karen Pilarski, when someone got a question wrong, any pledge, but “especially” Nanan was made to drink a “red, oily substance” out of a spray bottle.

Francis was present, but was not actively giving any of the pledges the substance.

According to the defense, Francis gave some of the pledges water.

“Perhaps as risk manager he should have stopped this,” Greenbaum said. “But he didn’t.”

Later, Greenbaum added, “He does not fit what you think of when you think of hazing. His lack of action is what brought him to court.”

Nanan became sick at the off-campus house where the initiation was taking place and was driven back to his on-campus residence, where he continued to be sick. His mom was called, and she took him to St. Joseph’s Hospital.

Nanan was hospitalized under the care of a gastroenterologist from April 1-April 6.

Pilarski said that Nanan continued to see the doctor as an outpatient until June 28, and that he still needs to take antacids when he eats certain foods or exercises.

According to Pilarski, the physician said that Nanan had “moderate to severe burns” along his digestive tract that were consistent with “ingesting a caustic substance.”

Pilarski said that interviews with other members of the fraternity revealed that the substance the pledges were made to drink wasn’t chemical, but a “food mixture” that included chili powder, vinegar and hot sauce.

“It was a terrible risk that Mr. Nanan faced as a result of your actions,” Judge Phelps said to Francis.

However, Phelps agreed with characterization presented by the defense. She said she trusted Greenbaum’s representation that this action “would never happen again.”

Alexander James Cantor, also 21, is the other man who was charged in connection with this incident. His trial, scheduled for Oct. 17, was postponed because a witness was not available.

A new trial date for Cantor has not been set.

Towson University learned of the incident when a media outlet called asking for comment.

Towson began investigating the incident early on the morning of April 4, and Baltimore County Police joined in the next day.

Towson’s chapter of Tau Kappa Epsilon was charged by the University April 4, and was suspended April 28, 2016.

As rumors spread, Towson’s Inter-Fraternity Council asked students in Greek life to not wear their letters and to tell members of the media that they were not “at liberty” to discuss the events.

According to Matt Lenno, director of fraternity and sorority life, it’s regular for Greek organizations on campus to have someone who is in charge of risk management, but it’s not something that’s “required” by the University.

Towson’s chapter of TKE is suspended until the end of summer 2021. 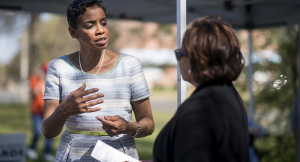