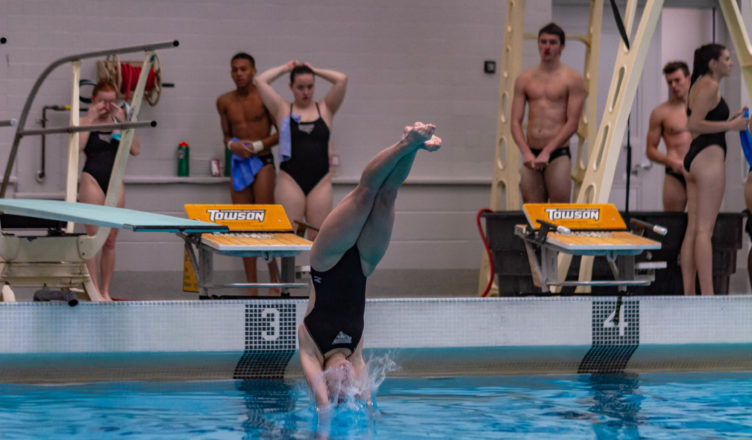 The women’s team finished with 557 points while the men tallied up 531.5 points.

“She was our MVP this weekend,” head coach Jake Shrum said. “She was fantastic and it really just says a lot for our team individually and on relay.”

Senior Sarah-Margaret Locke won 400-yard individual medley on Friday timing a personal-record 4:19.33. Locke was the first Tiger to win the event since 2016.

“That was actually her first time she’s raced that at the conference championship meet,” Shrum said. “It’s something she’s done pretty well in some things that we ran in practice and we decided to focus on that event with her a little bit more this year. She really committed to working hard on every stroke to get better at that.”

Christina Coleman finished seventh in both the 1-meter and 3-meter dive.

“He had a great meet of both backstrokes,” Shrum said. “Both were lifetime best time. Dropped a lot of time. Moved up in our top-10 all time. Both strokes were absolutely great and always great for a senior to get a couple medals and be on the podium.

Essling also took third in the 50-yard freestyle finishing with a new school-record time of 19.75.

“He’s super explosive,” Shrum said. “He’s got a great mental edge to the way that he races. He really works hard to improve in that event and so it’s great for him to lower his time, bring it down and break that school record.”

Junior Will Canny finished second earning a silver medal in the 3-meter dive with a mark of 322.10.

“Will’s always been great for us on the board ever since he’s come to Towson,” Shrum said. “He just continues to really excel in these championship environments.”

As a team, Towson’s seasons for both the men and women come to an end. However, a few athletes will prepare for the NCAA championships that will take place in March.