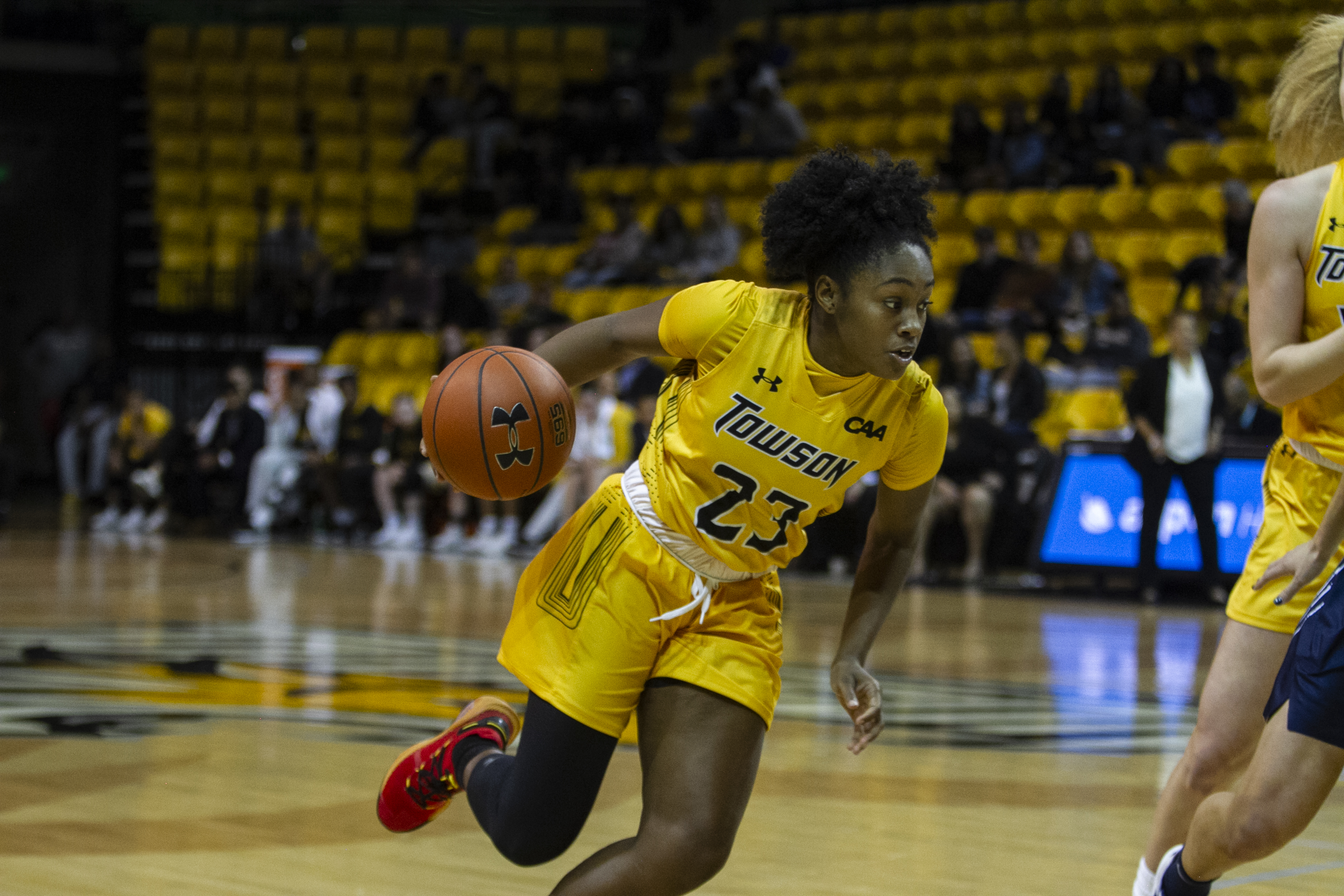 The exhilaration of the six-game winning streak for Towson University has officially worn off now, losing two in a row over the weekend and falling to Drexel University and the University of Delaware.

As the wins kept coming and coming, players grew more confident in their ability to run the table against a deep gamut of CAA teams this season.

Senior forward Nukiya Mayo remarked consistently how the team’s attitude has been.

“We shouldn’t lose to any other team,” she said.

“I’m in a bad mood,” head coach Diane Richardson said. “I think we should’ve had a good weekend but we got to be willing to do the work to get (wins).”

The game against the first-place Dragons started off optimistically, the Tigers 10-10 (5-4 CAA) began the game with a seven-point lead that forced Drexel head coach Denise Dillon to spend a timeout. That timeout subsequently woke Drexel up, outscoring Towson 23-8 the remainder of the quarter.

This led to the Dragons taking a lead they wouldn’t relinquish. Most of the damage Drexel dealt occurred in the first half, knocking down nine threes while shooting over 44% from the floor.

Despite a deficit as large as 16 late in the second half, the Tigers steadily fought back in the second half. senior forward Ryan Holder cut the lead to single-digits midway through the third quarter but back-to-back scores brought the deficit back to 12 points.

“I mean we got to keep our head up, we still got more games to chase,” redshirt junior guard Kionna Jeter said about the team’s mood. “Just play, hit first.”

It nearly became a game early in the fourth when Towson outpaced Drexel 9-2 and Holder whittled the deficit down to four with 1:22 to go, but then the Dragons halted all momentum and finished the game scoring the final five points to hold off the Tigers and win the game.

Jeter led Towson against the Blue Hens with 28 points and eight rebounds, but it wasn’t enough to deliver the win. Delaware struck a glancing blow in the second quarter when they went on a 10-2 run and led by 11 late in the first half. The run only exasperated a woeful second-quarter showing where the Tigers scored six points to the Blue Hens 16.

“I mean it’s important, but the person that I am, it doesn’t matter,” Jeter said, referencing her high point totals but not delivering wins. “We need to do more as a collective group.”

Towson responded with an 11-0 run to take their first lead since the first quarter, highlighted by Holder tying the game 33 with a slicing layup. However, Delaware responded and retook the lead and built a double-digit lead. A Jeter 3-pointer with 25 seconds left would cut the deficit to six points but that’s as close as the Tigers would get.

Towson is back on the road against James Madison University, a team they previously beat 76-75. Tip off in Harrisonburg, Virginia is scheduled for Sunday, Feb. 9 at 2 p.m. 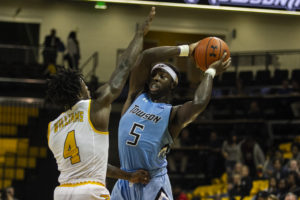 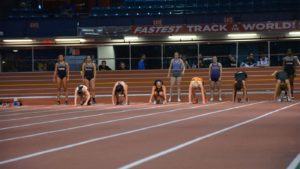