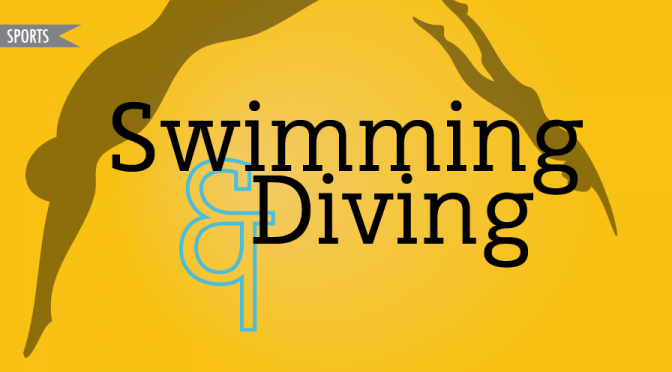 Towson began its 2016 season Saturday with an alumni meet at Burdick Pool.

“It’s just really special that we have so many alumni that want to stay connected to the program,” Head Coach Jake Shrum said. “In fact, the amount of classes spans between the three head coaches that were with the program, so it’s awesome that we still have that big of a grasp. And I think that the whole idea will be to make it grow from here.”

The meet drew a crowd of nearly 100 attendees and allowed alumni to pass their knowledge down to the current team. Shrum said that he and the team are looking to connect with the University community more going into the season.

“We’re always trying to be more engaged with the rest of the staff and department as well as the student body,” Shrum said. “So we’re trying to definitely grow the footprint of swimming and diving at the university, but I think it’s already pretty strong.”

The Tigers will begin their regular season with a trip to Penn State to face the Nittany Lions Thursday, Oct. 6, at University Park.

Shrum said that the Tigers can’t control what other teams are doing, but that they can improve on their own.

“Having a great swim meet doesn’t necessarily mean the other team did poorly,” he said. “We’re just looking to get moving forward, trying to get more individuals in NCAAs and just continue to reach that next level.”