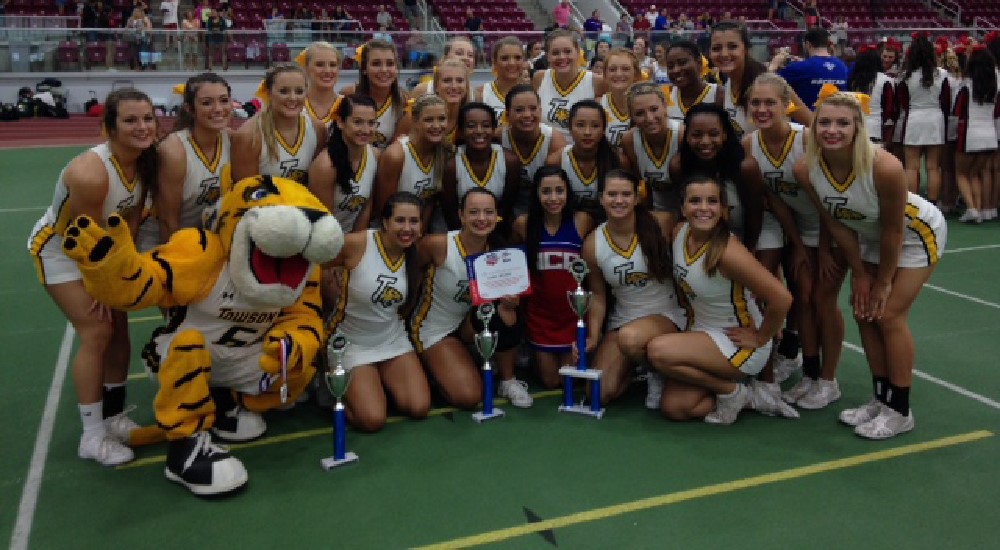 “The experience at camp was one of the best  we have ever had,” Head Coach Edy Pratt said. “The instructors were amazing, they were so attentive to our team and they were very pleased with how extremely talented our Towson Cheerleaders are. The team excelled in everything they did.”

The Tigers competed against other cheerleading teams from different athletic conferences across the nation.

Of the teams that Towson competed against, it won the best routine in the All Girl Division I category and recorded the second highest overall score in the camp.

“My girls make me so proud to be their coach,” Pratt said. “Not just because we won a gold bid but because of their, ‘can do’ attitudes and seeing them work together as a team was wonderful.”

Towson’s success at the camp earned the team a gold bid to the National Championships in April, where it will attempt to earn its third title in school history.

“Together we can do anything,” Pratt said. “When the girls take the mat at Nationals it’s not just about winning.  I want them to show their Towson spirit and have fun performing to the best of their ability and have no regrets. Be proud of what they have accomplished.  Holding one another accountable, working together as one, staying focused.  We are hoping that 2017 will be our year.”