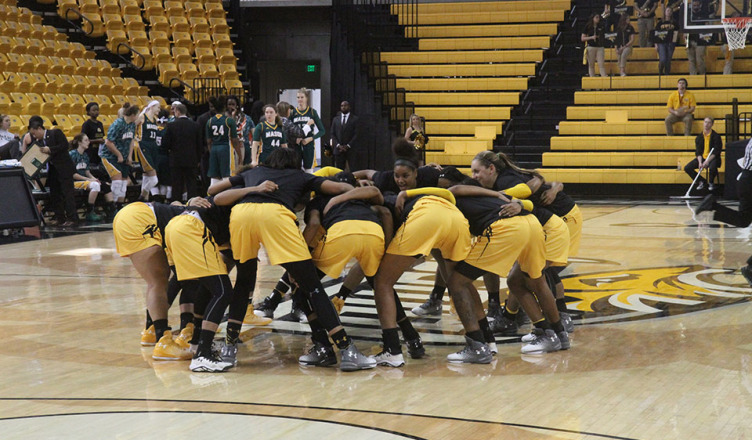 Towson is riding a three-game winning streak thanks to a 60-55 victory over James Madison Sunday and a 64-60 finish over William & Mary Friday.

The Tigers started off the game with a 12-2 run thanks in large part to senior guard Raven Bankston, who grabbed 5 of the 12 points.

James Madison later scored the last 5 points of the first quarter to pull to within 3 of Towson.

The Dukes continued their hot streak in the second quarter by scoring the first 14 points to take a 27-16 advantage.

However, Towson scored 7 of the last 9 points, pulling within 6 of the Dukes before the end of the half.

The Tigers pulled within two during a slow start to the third quarter, but the Dukes outscored the Tigers 11-6 to close out the quarter with a 42-35 lead.

In the fourth quarter, redshirt senior guard Precious Hall hit a pair of three-pointers for James Madison, which increased its lead to nine with just over seven minutes of play left in the game.

In the last five minutes, Bankston scored 5 of her game-high 26 points, and junior center Daijha Thomas hit three foul shots to help the Tigers go on a 12-0 run, which proved to be enough for Towson to seal the 60-55 victory.

“A great team effort,” Head Coach Niki Reid Geckeler said. “When you see in the scoring column we’ve got four players in double-figures, and then we’ve got post players dominating on the boards.”

The Tigers scored the first two buckets to open up the second quarter, but the Tribe later pulled within five points with 2:43 left in the half.

William & Mary continued to shoot the ball well down the stretch and trailed Towson by just two points going into the locker room.

In the third quarter, the two teams battled back and forth and went into the fourth quarter tied at 46.

William & Mary fought back, but Towson never relinquished its lead, and Towson held on to win the contest 64-60.

“We went into the season knowing our guard play was going to be very strong,” Geckeler said. “As soon as our post play caught up to that it would be tough to play us.”

Towson will look to extend its winning streak to four games Friday, Jan. 27, when the team travels to Trask Coliseum to take on UNC Wilmington. Tip-off is set for 7 p.m.