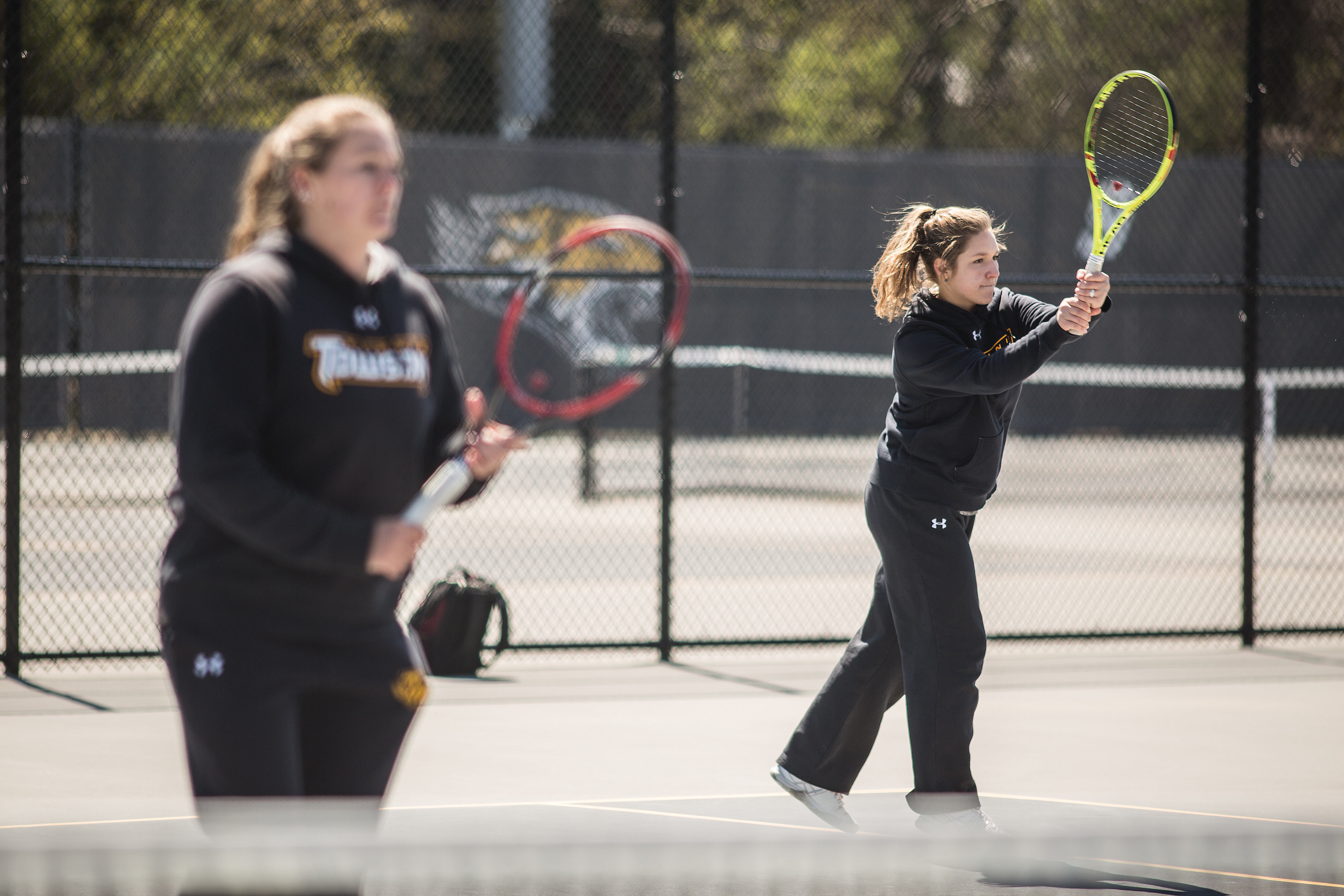 Towson completed a trio of hard-fought matches over the weekend with wins over Villanova and George Mason, but a close defeat to George Washington.

Sunday afternoon, Towson hosted Villanova at the Bare Hills Racquet and Fitness Club in Baltimore. The team earned a 7-0 win over the Villanova and dropped only one set in singles play.

Towson gained early momentum in the match by winning the opening doubles point. The No. 1 team of A.J. Gomer and Ren van Oorschodt defeated Kaylan Rotman and Alexandra Krogius 6-0, while the No. 2 team of Lucy Williams and Jane Shusterman defeated Paulina Bajet and Linley Busby 6-3.

The Wildcats pairing of Victoria Martinez and Carina Burdick took the No. 3 doubles set 6-4 over Nicola Shakhnazarova and Barbora Vasilkova.

Saturday, Towson defeated George Mason 5-0 at the Trump National Country Club in Sterling, Virginia. The contest was played with all five matches (one doubles, four singles) being played as best-of-three set matches with no third-set match tiebreaker.

“We did what was necessary and competed well down the line,” Peterson said. “We persevered in tough moments.”

In the doubles match, the Tigers’ pairing of Gomer and van Oorschodt held off the Patriots’ Morgan Yang and Nicole Haigwood 6-4, 2-6, 6-1.

“Their team had played five matches already while we had only played two,” Peterson said. “They were just more match tough.”

In a tightly contested opening doubles point, the Colonials won two of the three matches to gain an early lead. Taylor Nederlander and Marie-Louise Decamps bested the No. 2 pair of Williams and Shusterman 7-5, while Allison Hansen and Victoria Kogan took out No. 3 Lesage and Gloninger 6-3. The Tigers’s No. 1 team of Gomer and van Oorschodt won against Maria Siopacha and Melis Bayraktaroglu 7-5.

The doubles point proved to be key for George Washington, as they held off Towson’s three wins in singles play to take the dual match victory. Siopacha defeated No. 1 Shakhnazarova 6-2, 7-6 (6), Bayraktaroglu won two close tiebreakers to beat No. 3 Williams 7-6 (5), 7-6 (9), and Kamilla Beisenova defeated No. 5 Shusterman 6-4, 6-2.

Towson’s record currently sits at 4-2 on the season and 1-0 at home after the win Sunday.

The team has no matches this weekend but will travel to Pittsburgh the following weekend for a pair of matches, starting with a neutral-site matchup against Buffalo on Saturday before taking on host Duquesne Sunday.

The following Tuesday, Towson will host its first on-campus match of the year against Longwood.