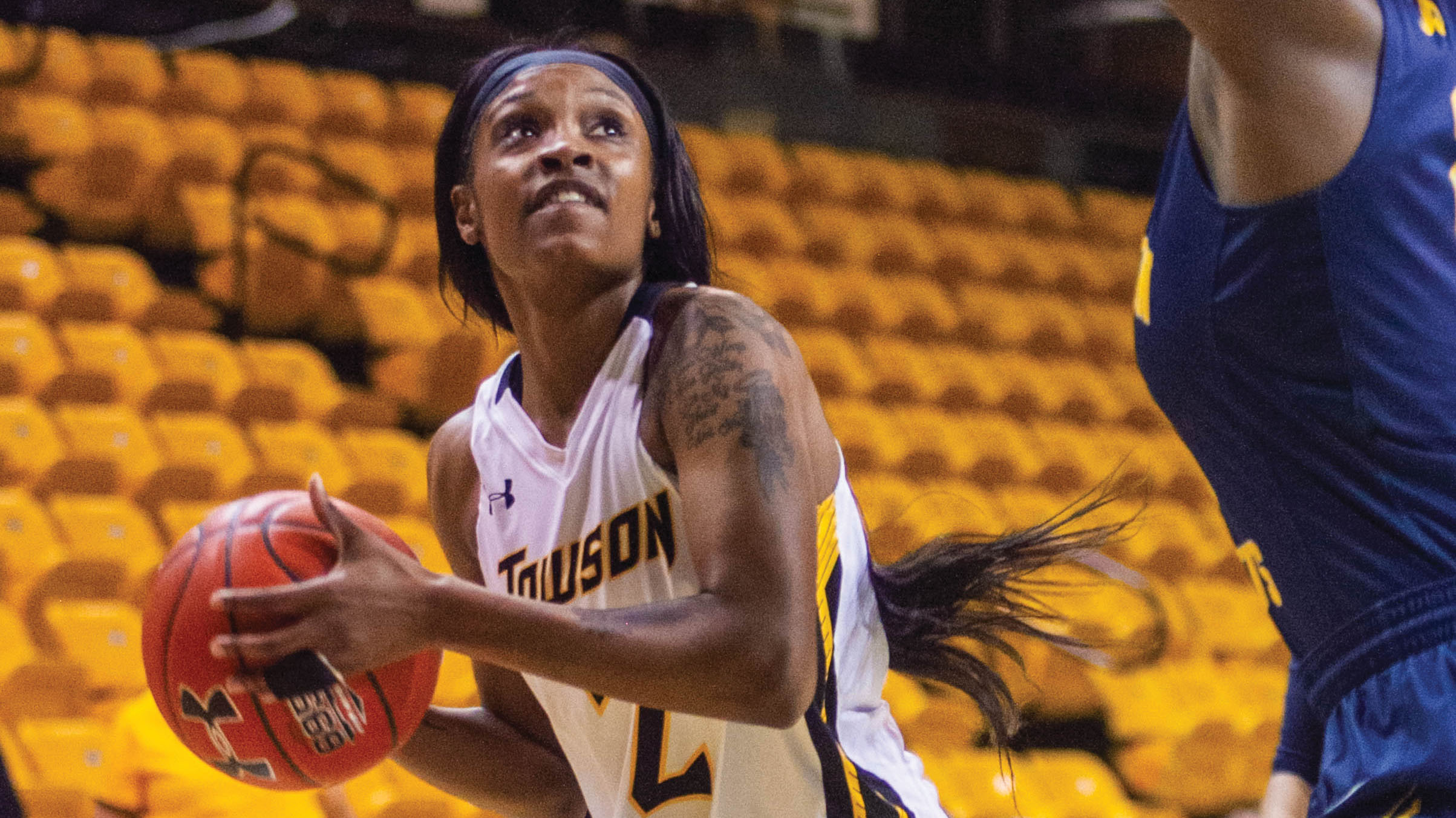 Towson headed into their annual trip to the Carolinas on a two-game winning streak, looking to add two more wins and get to .500 for the first time this season.

“We know we’re a better team than we showed the first weekend of the season and the first two losses of conference (games),” redshirt junior guard Kionna Jeter said. “We can play better than that, so when we played JMU we came out striking first. We gotta keep pushing and playing like we’re playing.”

At the conclusion of the weekend, the Tigers (8-8, 3-2 CAA) were able to achieve both those goals. They defeated the Charleston Cougars, 79-62, and the UNCW Seahawks 62-41. For the first time this season, Towson is proving they can throw the first punch instead of hanging back and letting their opponent dictate everything.

Senior forward Nukiya Mayo has a three-game streak of double-doubles after registering two during the road trip. Jeter has started a streak of her own with three straight 20-point games.

“I’ve been to the gym a couple of times, but just staying consistent,” Jeter said. “In and out the gym, taking shots in practice that I can get in the game, practicing what I can do in a game on an opponent.”

Neither games for the Tigers were ever in doubt. Bucking against their season trend of starting games slowly, Towson scored the first seven points against the Cougars (9-8, 2-4 CAA) and led by 11 after the first quarter. The second quarter was a different story as Charleston outscored the Tigers 9-5 in the quarter. The lack of scoring can be attributed to a three minute period which neither team scored in.

Towson took a 21 point lead late in the third quarter outscoring the Cougars 16-6 in the paint. Midway through the fourth quarter the Tigers led by 11 points after a Jeter three and a five second violation against Charleston. On the ensuing possession Tess Borgosz put back a layup to increase Towson’s lead to 16.

Against the Seahawks, the Tigers were dominant. Towson raced out to a 17-0 lead and held UNCW (5-12, 2-4 CAA) to five points in the first quarter.  The Tigers scored 11 points on fastbreak opportunities in the quarter. Towson led by 18 at halftime, and despite the Seahawks outscoring the Tigers 14-9 in quarter three led 51-28 heading into the fourth. Before the game concluded Towson was able to build a lead as large as 28 after a second-chance layup from senior forward Ryan Holder.

The Tigers look to continue their win streak against Northeastern. Tipoff against the Huskies is scheduled for Friday, Jan. 24 at 7 p.m. from SECU Arena.