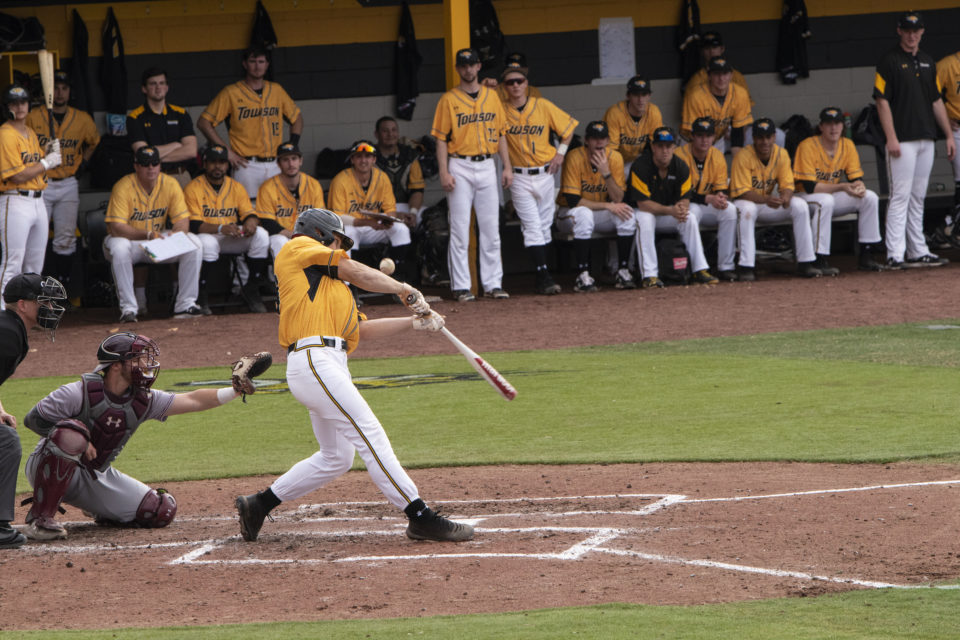 The Tigers looked to end their seven-game losing streak, but the struggles continued as Florida Gulf Coast swept Towson in Fort Myers, Florida.

After redshirt sophomore infielder Dirk Masters drove in two runs for the Tigers, Florida Gulf Coast responded with two grand slams in the game, turning it into a blowout.

“Both guys were 1-10 on the weekend, and then they got their hit,” Tyner said. “Just happened to be a big hit.

“There was a tighter zone behind the plate and their pitcher could get our guys but we couldn’t get theirs” Tyner said. “It was almost like we had to throw it down the middle.”

In Saturday’s game, the Tigers once again built a one-run lead in the second inning, and, once again, the bats quieted down after that. Towson got three runners in scoring position the rest of the game, but couldn’t bring any of them home.

Trailing 3-2 in the sixth inning, the Tigers turned to their bullpen in hopes of keeping the score close to no avail. The Eagles added two more runs on their way to a 5-2 victory.

Friday’s series opener was more of the same as the Tigers fell behind and couldn’t complete a comeback in the 6-3 loss.

Towson strung together a rally in the ninth as Masters and junior infielder Noah Cabrera each drove in a run to get within three and the tying run coming to the plate. However, freshman outfielder Javon Fields struck out the end the rally.

“That evening, we showed each other that we could play with team’s at the Florida Gulf Coast level,” Tyner said. “It was a total team commitment for nine, strong innings and that’s what I took away from that particular evening.”

On Wednesday, the Tigers traveled to Northern Virginia to battle George Mason.

In keeping up with the common theme, Towson took the early lead thanks to a leadoff triple from Fields followed by a sacrifice fly from senior infielder Zach Piazza. This was Piazza’s 12th RBI of the season, the highest on the team.

The Patriots (11-12) would answer with a three-run second inning that forced the Tigers to play from behind the rest of the way.

Towson put themselves in position to win this game, but failed to execute as they left runners on base in six of nine innings.

“It goes back to situational hitting and your approach at the plate. You really have to have an understanding because things can change from the on-deck circle to the batter’s box,” Tyner said. “We’ve got to develop a win at all cost type mindset when were in the box.”

George Mason would add runs in the fifth, sixth and seventh innings and defeat the Tigers 6-2.

One of the bright spots in Towson’s pitching staff is sophomore reliever Jake Peculinas. Peculinas had a strong week, surrendering just one run on four hits through three innings of work over three games.

“I personally couldn’t be a reliever, I don’t have the mental make up for it,” Tyner said. “It’s not easy coming into a pressure cooker situation and be successful but he had an unbelievable week.

Peculinas came in for relief against the Patriots and struck out four of the five batters he faced.

Although the schedule has been difficult this season, Tyner sees it as a key learning experience for his team moving forward.

““I’m exposing my guys to what the top programs in the country look like, play like, and how they execute,” Tyner said. “My guys are in the frequent flyer category right now. They’re getting a first-hand taste of the true grind”

With the trip to the Sunshine State over, the Tigers return home for a midweek matinee against George Washington on Wednesday, April 3 at 3 p.m. at John B. Schuerholz Park. 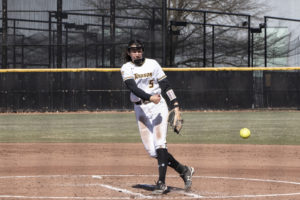