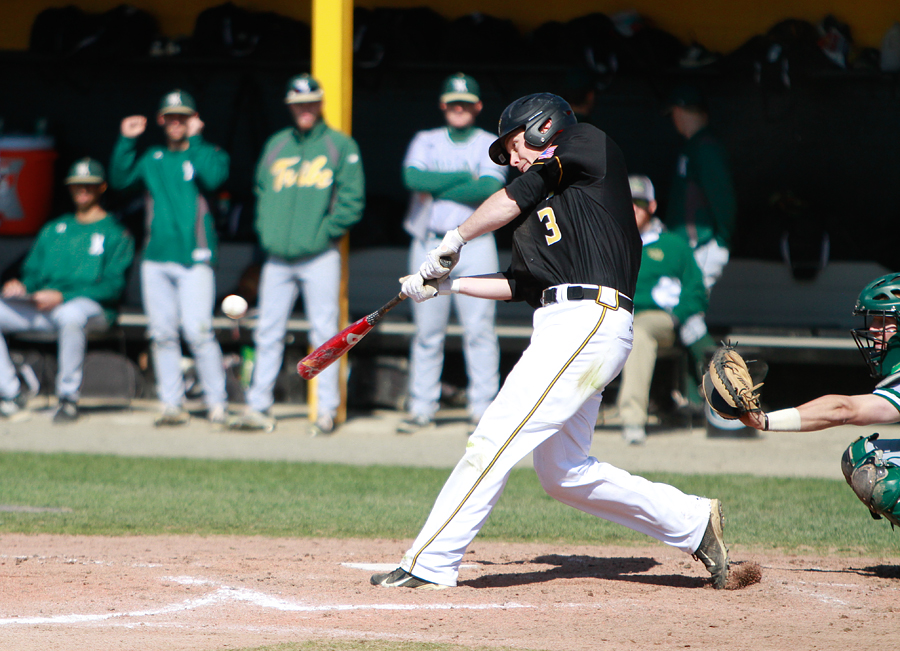 Sunday was the final match in a three-game set after the teams split the first two with Towson winning 13-7 on Friday and William & Mary taking Game 2 by a score of 6-5.

All three home runs in game three came off the bat of first baseman Charley Gould, who went 3-for-4 on the day with two walks, four runs scored and five RBI. In the first two games of the series Gould was a combined 4-for-9 with a home run and two RBI.

“To be realistic, his first three home runs of the weekend were routine pop ups that got caught up in the wind and went out,” Head Coach Mike Gottlieb said. “That last one he hit over everything in center, all credit to him. He got a hold of that one.”

The Tribe went up 5-0 in the first five innings before the Tigers were able to put a run on the board.

In the bottom of the fifth, sophomore Chris Henze grounded out to shortstop, scoring junior centerfield Richie Blosser from third and advancing sophomore Colin Dyer from second to third, and making it a 5-1 game.

Senior shortstop Peter Bowles drove in sophomore rightfielder A.J. Gallo with a sacrifice fly to center field in the sixth inning. And in the ninth inning, freshman leftfielder Mark Grunberg came home on a single by Dyer.

Gallo and Blosser each had multi-hit games, going 2-for-3 and 2-for-4, respectively. Dyer and Grunberg added a hit apiece to round out the day on offense.

William & Mary’s starter, right-hander Aaron Hernandez (2-2), got the win, pitching six innings and allowing just one earned run. Fellow righty Mitchell Aker earned his first save of the year after allowing one run over three innings to close out the game. The duo gave up just six hits to a Towson offense that had put together 46 hits in their previous three games. It was a performance that Gottlieb said was puzzling.

“I don’t have a definitive answer,” Gottlieb said. “You scratch your head sometimes. Their guy did a good job of getting ahead of us and making good pitches. But if you watch us play, it’s not what the opponents do, it’s what we do to ourselves.”

The Tigers entered the weekend with a .937 fielding percentage, ranking near the bottom of Division I. In the three games against the Tribe, the Tigers made seven errors, leading to two unearned runs.

The Tigers will be back in action on Tuesday when they travel to Princess Anne, Maryland to take on the Maryland Eastern Shore Hawks (10-17). When the two teams met last week, Towson took the 6-2 win.

The next home game will be on Wednesday when Towson hosts the George Mason Patriots (11-17). First pitch is set for 3:30 p.m. at Schuerholz Park.