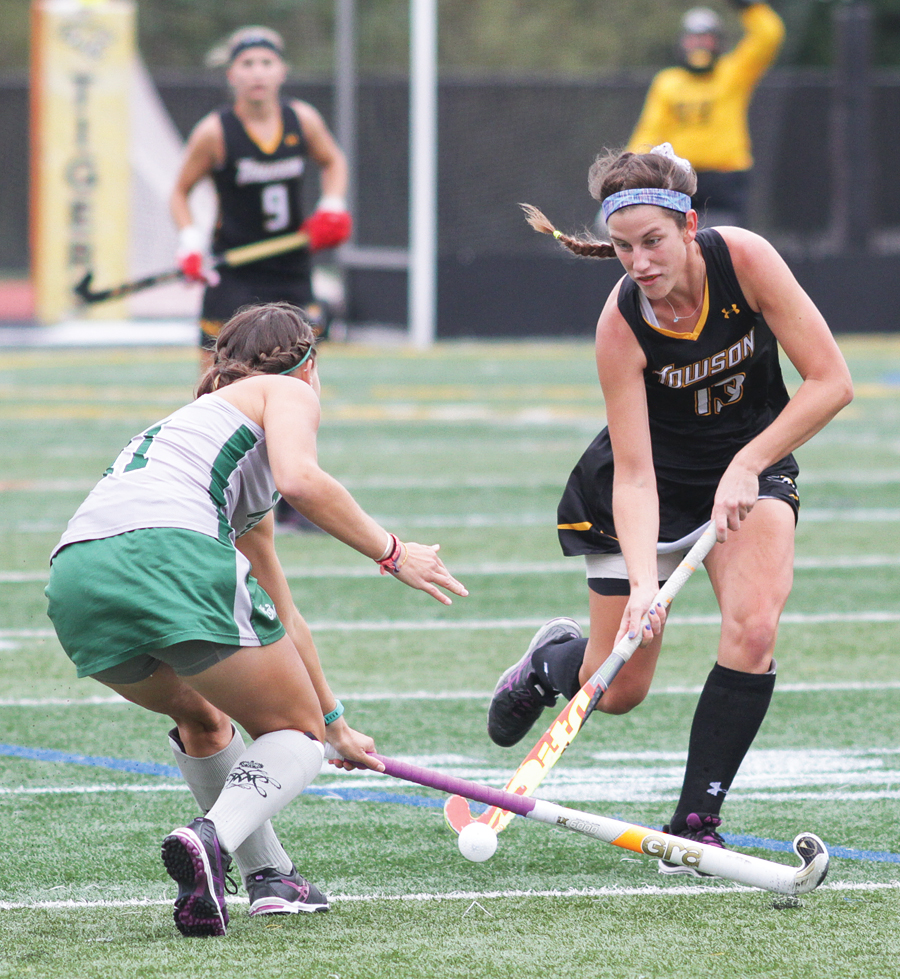 The showdown between two Tiger teams ended in a loss for Towson, which fell on the road to Princeton 8-0 Sunday afternoon at Bedford Field in Princeton, New Jersey.

“Princeton is ranked number 11 in the NFHCA coaches poll and many of our players are playing through injuries,” Head Coach Carly Campana said. “So we knew this would be a challenging game for us.”

Princeton (9-5) got on the board early against Towson (2-13) when striker Ryan McCarthy scored a goal six minutes into the game.

Princeton added another goal after scoring off a penalty corner opportunity 15 minutes into the game.

Right before halftime, Princeton came down hard on Towson by scoring three goals in under a seven-minute period, allowing them to go into the second half with a 5-0 lead.

Princeton scored another goal at the 39:54 mark and finished the game by scoring two final goals in under a three-minute span.

Despite the onslaught by Princeton, Woodall and Boyle held their ground, combining for 22 saves.

Woodall made six saves as goalkeeper, while Boyle recorded 16 saves — two stops short of her career-high of 18.

“I’m proud of the team for their performance, and we will continue to focus on playing as a unit,” Campana said.

The game was tied 1-1 in the first half, but a two-goal second half for the Rams proved to be the difference in their victory over the Tigers.

Freshmen Korena Shaw put Towson on the board in the first half with her first goal of her collegiate career.

“It was a very exciting game,” Campana said. “The team was patient, disciplined and aggressive, all of which we have been working on. It’s proof that when we work together, we can accomplish a great deal.”

Towson will face off against Colonial Athletic Association (CAA) rival No. 8 Delaware at Johnny Unitas Stadium Friday. The match will begin at 6 p.m.