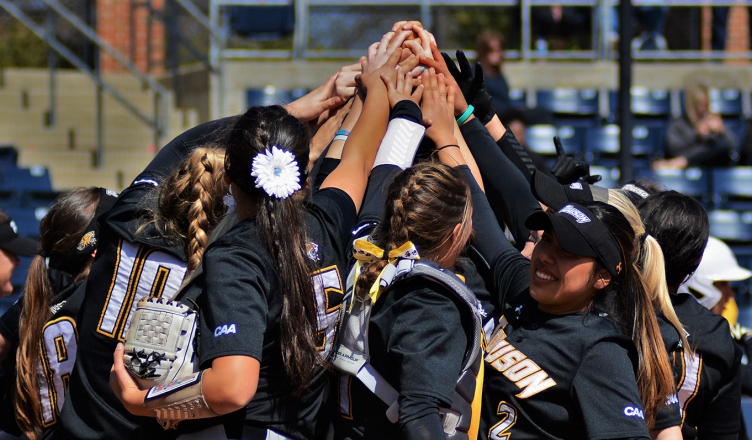 Junior outfielder Kendall Arcia drove in the first run of the game with a single to score senior infielder Brook Miko.

Junior infielder Kaylen Minnatee followed with a two-run homer to score herself and Arcia, giving Towson a 3-0 lead by the end of the inning.

However, James Madison gained a 5-3 advantage heading into the final inning.

In the top of the seventh, sophomore infielder Madison Wilson hit an RBI single to score Arcia to bring Towson within one. However, James Madison would record the last three outs to complete the sweep.

Senior Megan Detjer (8-3) took the loss despite striking out six batters through 5.2 innings of work.

In the first game of Saturday’s doubleheader, the Tigers fell to the Dukes 9-0.

Dejter took the loss after allowing seven runs on eight hits through 4.1 innings of work.

In game two of the doubleheader, the Tigers fell to the Dukes 10-5. The Dukes hit four home runs over the course of the game.

The Dukes began the game with an early 4-0 lead after the first inning and never looked back. The Dukes went on to take game two of the doubleheader 10-5.

In the loss, senior outfielder Kendyl Scott had two hits which made her just the seventh player in Towson softball history to record 200 career hits.

The Tigers will host Siena in an afternoon doubleheader to begin a seven-game homestand at Tiger Softball Stadium. First pitch is scheduled for Wednesday at 2 p.m.