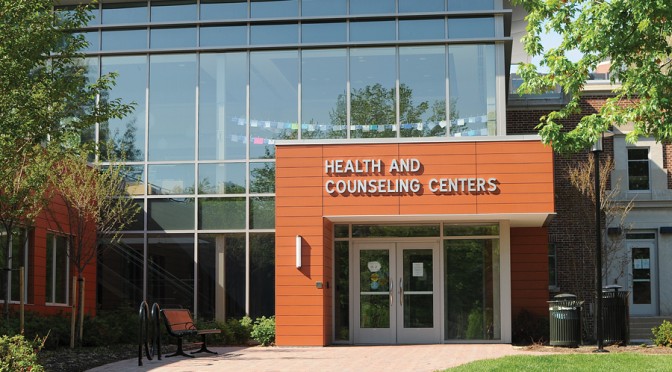 With the rapid spread of Coronavirus hitting the U.S., Towson University is looking into ways to support the community, including implementing mobile testing centers on campus, using the campus shuttles to transport first responders, and housing medical personnel on campus, if needed.

“We’re already having conversations with various state agencies as well as local agencies about setting up a possible mobile testing center,” Schatzel said. “We’re already having people talk to us about the fact that we could house first responders that would be able to do that and end up taking a look at where we could do that. We have been asked about the possible use of our buses to be able to transport first responders or medical personnel.”

With the university shifting to distance learning, students are unable to complete courses with actual lab work. This left a surplus inventory of unused lab supplies from the university’s nursing, biology, and chemistry departments. Faculty from these departments worked to donate to the neighboring University of Maryland St. Joseph Medical Center within the past week.

Chair of the Department of Biology, Laura Gough, credited the idea to donate supplies from their department to biology faculty members Harald Beck and Larry Wimmers.

“They had heard that hospitals were asking for P.P.E. (Personal Protective Equipment) and recognized that we would not need a lot of our own supplies since all our lab classes moved online for the rest of the semester,” Gough said.

Casey heard of the donation idea after being contacted by a student from the biology department who had learned about the need for supplies at St. Joseph’s Hospital.

“After that student contacted me, I reached out to my faculty and numerous faculty identified materials they had for donation,” Casey said. “And in addition, we keep a central stockroom of supplies. And the majority of the materials we were able to take out of that central stockroom of supplies, and those were things that were largely old and unneeded by us, but that the hospital could make use of.”

TU President Kim Schatzel elaborated on these measures of the university helping the surrounding community now and in the future.

“One of the critical shortages right now is protective gear, and that’s everything from masks to gloves to gowns, to be able to provide for those types of things in anticipation of a surge,” Schatzel said. “So, a lot of this is about anticipating. And these are based on predicted forecasts of what we might be looking at in terms of cases, and how we can best be able to ensure the fact that we are compliant with the CDC as a state with regard to isolation and protective gear for those that would be either responding to them or caring for them.”

Schatzel also explained how Towson is working to take bigger measures as an anchor institution to support the community.

“As a university, we will provide increased support to the community as the impact of the virus unfolds,” Schatzel said. “We’re committed to being able to support the community.”

Casey also mentioned that the chemistry department specifically is also looking into “other ways that we can contribute to the public safety effort  in the state.”