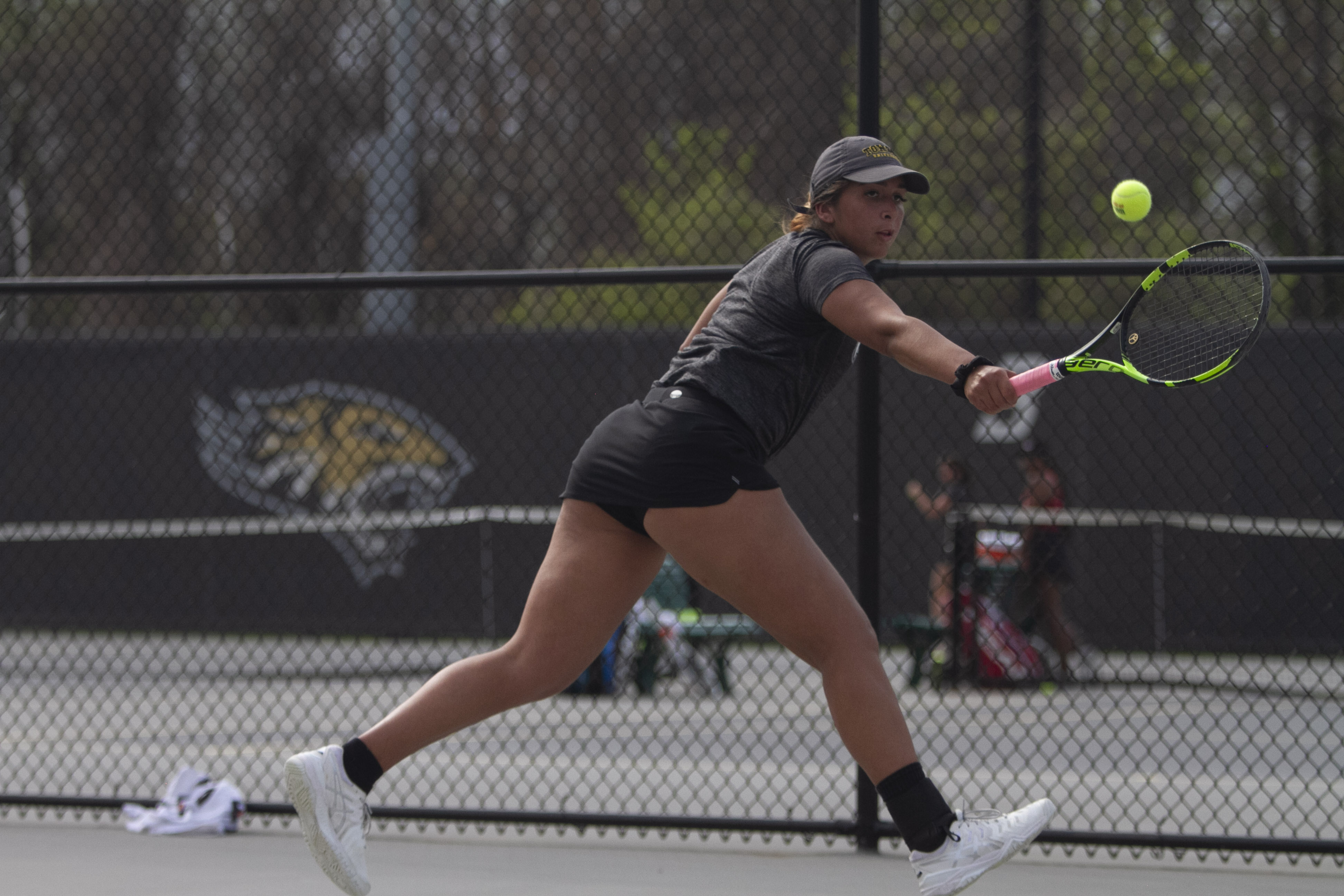 Towson fell short against the Fairleigh Dickinson Knights on Friday night. The Knights (2-2, 0-0 NEC) beat the Tigers (1-5, 0-0 CAA) 5-2 at the United States Naval Academy in Annapolis.

The Tigers returned to the court after their 6-1 loss against the University of Toledo earlier this month.

Despite having a five-game losing streak, head coach Jamie Peterson believes the team has shown growth in doubles over the last few matches.

“The team’s doubles have improved the most,” Peterson said.

“Tonight we made an incredible comeback from a 5-2 deficit in doubles,”  Peterson said to Towson Athletics. “The doubles point gave us some good energy but unfortunately we couldn’t sustain it.”

Sophomores Amelia Lawson and Phoebe Collins were also able to win a doubles match which gave Towson a one-point advantage.

“[Our] strongest moment was our comebacks at #1 and #2 doubles to win the doubles point and start the match out with a 1-0 lead,” Peterson said.

The last three singles matches were won by the Knights which concluded the match.

“In singles we lost four matches in straight sets,” Peterson said to Towson Athletics. “Amelia Lawson had a strong singles win a No. 3 and Sara Pospischill fell just short in her third set breaker at No. 6 singles. Tonight they had the strongest singles performances by far.”

The Tigers travel to Princeton, New Jersey this weekend to face Princeton on Saturday, Feb. 15 at 11 a.m. and will also face Villanova on Sunday, Feb, 16 at 10 a.m.