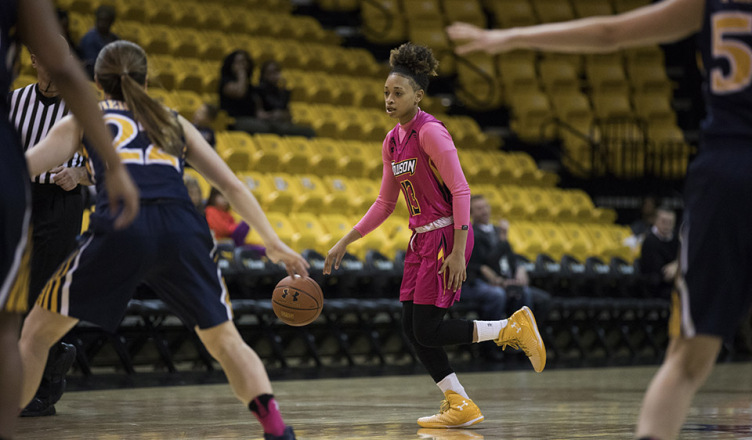 The Blue Hens came out firing, scoring 14 of the first 20 points. Delaware closed the first quarter on a 12-6 run and opened up the second with a 12 point lead.

Delaware scored the first five points of the second quarter, but Towson responded on a three from freshman guard Etalyia Vogt.

Later in the second, the Blue Hens opened up an 18 point lead thanks to a 9-2 run to close out the half.

Towson found itself down 40-22 at the end of the second. Delaware shot 48 percent from the field in the first half and connected on five of its six 3-pointers.

In the third quarter, Towson sophomore guard Sianni Martin tallied nine points, but the team trailed 63-41 going into the fourth.

Towson scored the first seven points of the quarter, forcing its rival to take a timeout.

The Blue Hens hit two free throws, but the Tigers scored nine points to pull to within eight with just over five minutes to play.

However, Towson could not pull any closer, and Delaware clinched the win with consistent shooting from the charity stripe.

Towson will look to snap its two-game losing skid in the opening round of the CAA tournament Wednesday at noon at James Madison. The No. 8 seed Towson will take on No. 9 Hofstra.